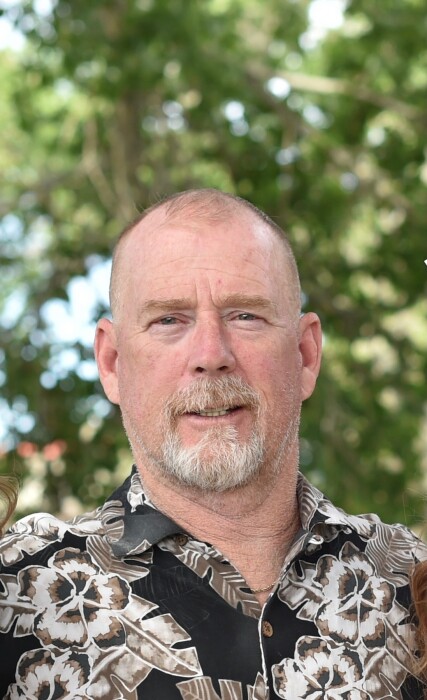 He was preceded in death by his pop, Charles "Van" Van Dolsen; his sister, Deanna Van Dolsen; and his father in law, Dennis Langlitz.

Korbin graduated from Carlsbad High School in 1983. He continued his education and attended ITT Tech. Then on August 29, 1992, he married his loving wife, Leslie Langlitz in Carlsbad, NM. Korbin and Leslie were married for 29 years and had two beautiful girls, Kaila & Kendra Price. He worked for the University of New Mexico for over 19 years. Korbin also worked at Dively Scale for 11 years as a scale tech.  He was honored as Instrument Controls Tech for almost 2 decades. He was a member of Calvary Chapel in Albuquerque, NM. Korbin loved spending time with his family and friends, riding his Harley, bowling and playing card games with friends and family, spending time at the lake, RV vacations, and being everyone's Handyman. He also loved his dog, Zeus and cat, Harley.

Korbin was a loving, dedicated father, husband, and friend. He will be sincerely missed.

A Celebration of Life will be held on Saturday, June 11, 2022 from 2:00 to 5:00pm at UNM Ballroom B. Kevin Miller with Calvery Chapel will be officiating.

To order memorial trees or send flowers to the family in memory of Korbin Martin Price, please visit our flower store.