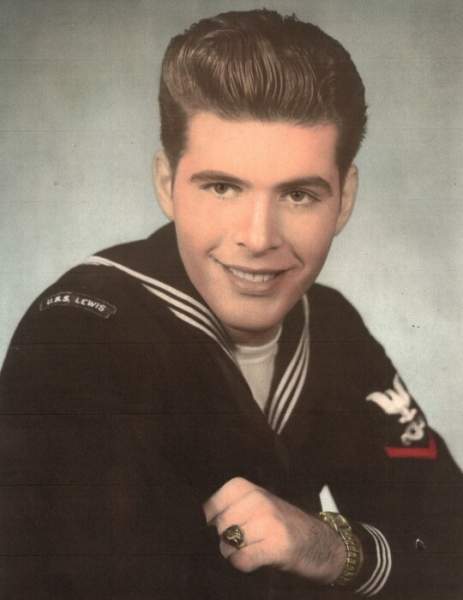 Larry Everett McFadden, age 83, passed away March 5, 2022 in Rio Rancho, New Mexico.  He was born January 5, 1939 to Virgil Leon McFadden and Ida Mae (Hardman) McFadden, in Portland, Indiana.  He received his GED while serving in the United States Navy from 1956 to 1962.  He ended his service with an honor discharge as Petty Officer 3rd Class in October of 1962.  Larry married the love of his life, Yvonne Therese McFadden, at St. Mary’s Cathedral in San Francisco, California on October 1, 1958.  They were married 59 years and six months at the time of her passing.  Yvonne was his whole world and he never quite recovered after losing her.  He was a member of the USS Lewis Reunion (a group of Navy veterans who would get together and talk and share stories).  He loved meeting with his buddies and they brought him such joy.  He shared many fond memories with his shipmates throughout the years. He would often lament there were fewer and fewer of them as the years progressed.  He enjoyed computers, cards and gadgets, he was quite the gadget man.

To order memorial trees or send flowers to the family in memory of Larry Everett McFadden, please visit our flower store.