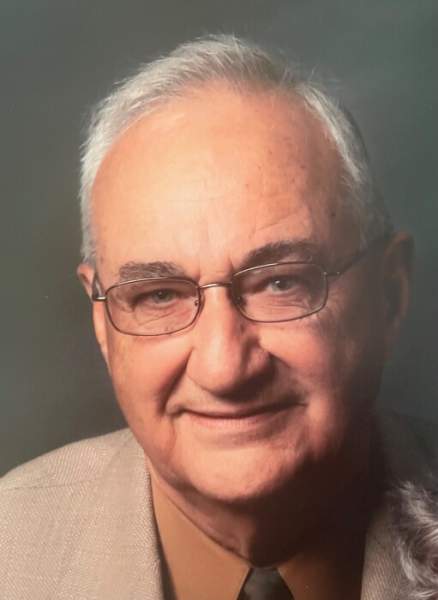 Lawrence Lavoy Foor passed away peacefully October 31, 2021 of Cardio Pulmonary Fibrosis. He was born October 9, 1935 in Fort Sumner, NM. Graduated Ft. Sumner high school where he played trumpet. Graduated UNM College of Pharmacy, while also playing trumpet in the marching and concert band. After graduation he began working in retail pharmacy. Married Emily Taulman December 22, 1959 at First Presbyterian Church. After several more years they decided to purchase their own retail pharmacy store called Yucca Drug. Durning this he also started a family and helped raise Gregory and Alexander. After several additional years they sold the store and he took a pharmacist position at Presbyterian Hospital, working in the pharmacy and on the hospital floors. He retired from Presbyterian Hospital in 1988. After a short break he was approached and hired to help open Lovelace pharmacy at the Journal Center, working diligently for years until retiring for the second time. Throughout his career he was President of NM Pharmaceutical Association, Deacon and an Elder at First Presbyterian Church, started a Blood Pressure Clinic at church which he ran for 25 years and volunteered many hours and years at the church and various boards. He also enjoyed hunting, fishing, reading and playing bridge. He is survived by his wife Emily and his two boys Gregory and Alexander and wife Janet and 3 grandchildren Liam, Keira and Ronan. Memorial service will be held at First Presbyterian Church 215 Locust NE on Friday November 5th at 11am. Larry will always be remembered as a kind, loving man to his family and all that knew him.

To order memorial trees or send flowers to the family in memory of Lawrence Lavoy Foor, please visit our flower store.