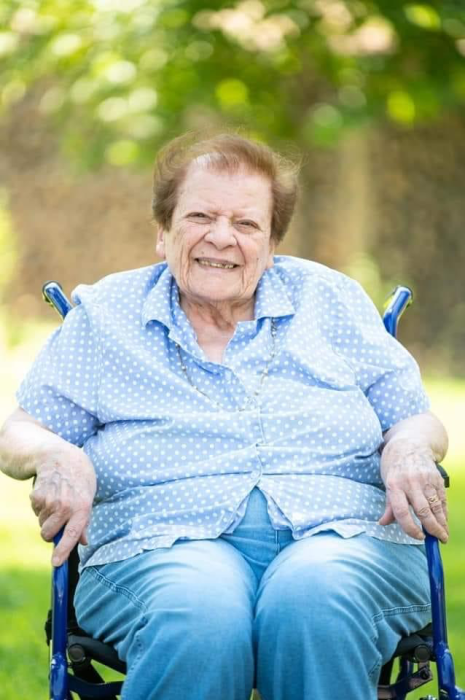 Pasqualina “Lena” Sarina Pizzo died peacefully at her home in Rio Rancho, New Mexico on 10/10/2021 at the age of 97, just three weeks shy of her 98th birthday.

Lena was born on October 31st, 1923 in Fairview, New Jersey. Lena married her sweetheart, Phil Pizzo in Brooklyn, New York on April 27th, 1946. They were happily married for over 74 years and had two children.

The family wishes to extend a special thank you to Dr. Francisco Y. Torres, Nurse Berta Triana, and the amazing care team at Compassus Hospice for the exceptional care they provided to Lena & Phil over the past several years.

There will be a Rosary held at Daniels Family Funeral Services – Sara Chapel on Friday, October 22nd, 2021 beginning at 6:30PM with the Sisters of St. Lucy Filippini presiding. There will be a Mass held at St. Thomas Aquinas Catholic Church on Saturday, October 23rd, 2021 at 10:30AM with Fr Philip Pizzo and Fr David Fitzgerald presiding, and entombment will follow at Gate of Heaven Cemetery.

To order memorial trees or send flowers to the family in memory of Lena S. Pizzo, please visit our flower store.