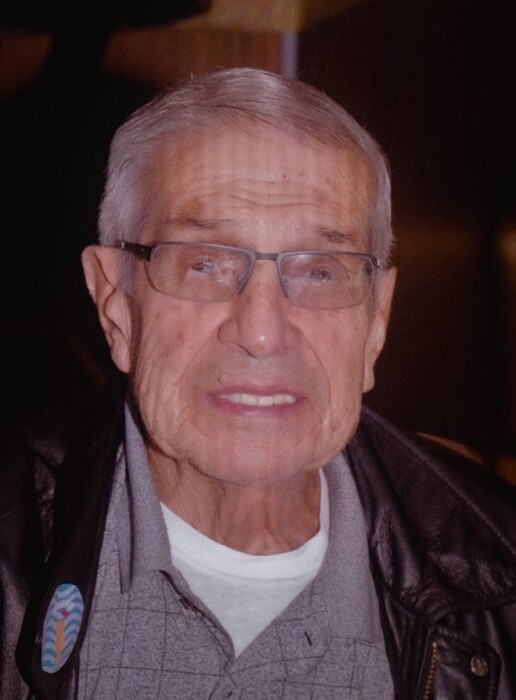 Lorenzo Bustamante, 85, was called home to our Lord on March 26th, 2022. Lorenzo is predeceased by his parents Adolfo and Regina Bustamante and 4 brothers and 3 sisters. Lorenzo is survived by his brother & sister in law Michael & Bertha Bustamante, sister in law Dorothy Bustamante, daughters Sandra and Michelle Bustamante, son Roger Bustamante, Daughter in law Katy Bustamante, Grandsons Matthew Tolth, Jordan Dominguez, Jacob Bustamante and Granddaughters Victoria Bustamante, Katielyn Crites, Alyshia Horne, great granddaughter Samantha Rose, numerous nieces, nephews and former wife and best friend Marianne Bustamante.
Lorenzo was born on May 11, 1936 in Gallup, New Mexico. He graduated from Cathedral High School and continued his education later in life receiving an associate degree from UNM. He served his country in the army during the late 50’s. Years later he became a Gallup police officer. He retired as a GPD Lieutenant after serving the community for 27 years. After retirement he continued to work various jobs to keep himself busy. When his family moved to the Albuquerque/Rio Rancho area in 2003, he later decided to move in with his daughter Michelle where he had been residing for over 17 years until his passing.
Once Lorenzo relocated to Rio Rancho he became a member of St. Jude Thaddeus Parish. He enjoyed going to Mass which he did so every Saturday evening like clockwork. He also was a member of a bible study group which he loved attending. He enjoyed seeing everyone and talking to them each week. His hobbies were going to the Casino, traveling with family and friends, watering and attending to his yard, reading the newspaper, doing word searches, camping and fishing, doing his daily exercises, watching the news, Let’s make a deal, The Price is right, and 60 mins every week. His most important thing was  spending time with his family.
The Rosary and Funeral Mass are on Wednesday, April 6, 2022 at St. Jude Thaddeus Parish - 5712 Paradise Blvd. NW Albuquerque, NM 87114. The Rosary will begin at 9:30am, the Mass at 10:15am; reception to follow after mass at the Pongal Event Center, 1101 Golf Course Rd., Rio Rancho, NM 87124..  If you are not able to attend we will be doing a live stream for the rosary and mass at https://www.stjudenm.org. There will be a private burial at a later date.

To order memorial trees or send flowers to the family in memory of Lorenzo Bustamante, please visit our flower store.