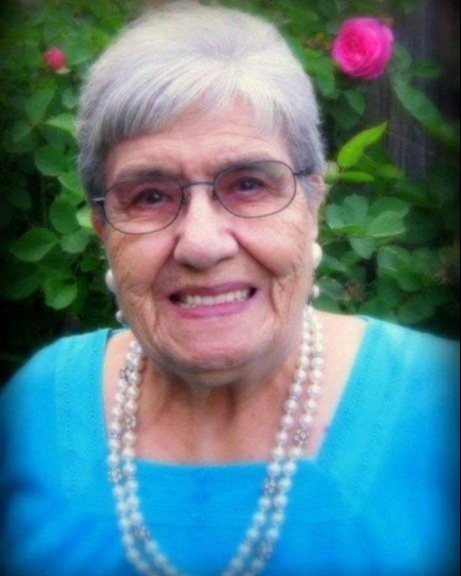 Lorraine Baca Gallegos, age 94, passed peacefully in her sleep on September 29th, 2022.  She was born on October 19th, 1927 in  Anton Chico, NM and raised in Las Vegas, NM.  She graduated from Las Vegas High, attended Highlands University, and began her career at Los Alamos National Laboratory with the Atomic Energy Commission.  She also worked for the Espanola Public Schools as a Nursing Assistant, culminating in a long career with New Mexico State Police District 7 in Espanola as a dispatcher/supervisor, then transferred to District 5 in Albuquerque until her retirement.

Heartfelt gratitudes to Heartland/ProMedica Hospice team for their outstanding care, comfort and support.  A special thanks to Caregivers Frances Ortiz, Julia Urban, Lorraine Dunn, and Joyce Brown for their care for Mom.

If you are commuting from Northern New Mexico, please allow for additional travel time in the event of unforeseen traffic or construction. Please see map and directions below for estimated travel time.

To order memorial trees or send flowers to the family in memory of Lorraine Jane Baca Gallegos, please visit our flower store.

St Joseph on the Rio Grande

St Joseph on the Rio Grande