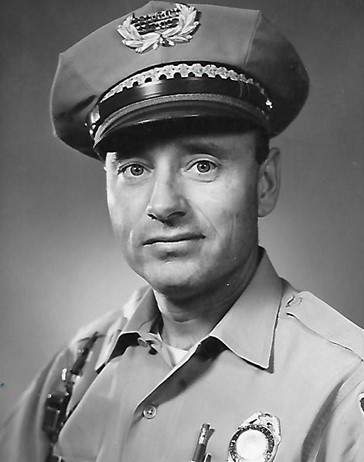 Louie entered the Army at 18 where he served in WWII as a Staff Sergeant in the 188th Parachute Infantry from 1944 to 1947. He returned to Tennessee after the service and graduated from Prospect High School in 1949. He married the love of his life, Gertrude, in 1950, and they made New Mexico their home where they resided together for 68 years. He served in the New Mexico National Guard from 1953 to 1962.  He built his home in Edgewood as a cabin in 1963 and used it mostly for their church until they added the addition in 1975. Louie started work at Sandia National Laboratory in the carpenter shop in 1952 and eventually ended up in security. He retired from Sandia in 1984 and made Edgewood his permanent home. During all those years he also worked with his wife at Bryant's Drapery Service.

He was never one to be found idle. After retiring from Sandia, he worked at Town and Country

Feeds in Edgewood and with Joe Clayton Plumbing. He had a special spot at Edgewood Senior Center where he served tirelessly to help the “little old ladies” with their trays; greeting everyone with “Howdy, Howdy, Howdy!”

Louie was an active deacon at Crestview Baptist Church, Edgewood Baptist Church, and Tijeras Baptist Church. He served on many committees, was a trustee, taught 6th grade boys Sunday School, and spent 5 weeks in Brazil as a missionary in 1986.

He was loved by everyone who met him. He served the Lord with gladness and will be remembered as one of the best examples of a Christian man you can find.

A celebration of his life will be held at Daniels Family Funerals Services, Wyoming Chapel in Albuquerque, NM on February 21, 2022, at 1 PM with Military Honors to follow at Sandia Memory Gardens.

To order memorial trees or send flowers to the family in memory of Louie Bryant, please visit our flower store.