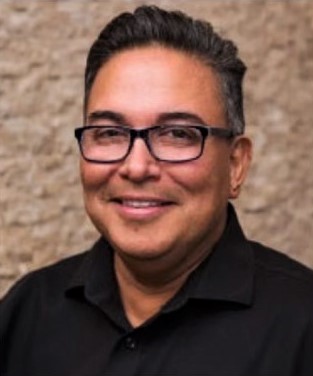 Manuel “Manny” Aragon, passed away on Tuesday October 5, 2021, at his home, with his family by his side.  He was born in Albuquerque, NM on January 17, 1966, son of Joe and Gloria Baca.  Manny graduated from Albuquerque High School, attended UNM for a few years but decided to ultimately follow his passion and got his Cosmetology Degree.  Manny was a talented and well known hair stylist for over 35 years.  Manny was a proud business owner for 11 years of his salon, M and Company Hair and Color Lounge.  Manny’s passion was cutting and styling hair, he loved his dogs, loved to travel and spend time with family, friends and he sure did love to make people laugh.  He will be deeply missed, but never ever forgotten.  He is preceded in death by his lifelong partner of 35 years, Marlon H. Long.  Manny is survived by his mother, Gloria G. Baca; his father, Joe D. Baca, Jr.; his brothers, Daniel Aragon, wife Christine Aragon, Earl D. Baca, wife Rose Baca; sister, Bernadette Lucero, husband Ron Lucero; nephews, Cody and Matthew Aragon, Ruben and Diego Baca. Isaac, Santiago and Alejandro Lucero; Nieces, Hailey Aragon, Camarae Cavaness and Brittany Gomez;
Mary Bridge (“Friend Girl”); 2 Fur Babies, Caper and Lyric;
His beloved Salon Family

To order memorial trees or send flowers to the family in memory of Manuel "Manny" Aragon, please visit our flower store.