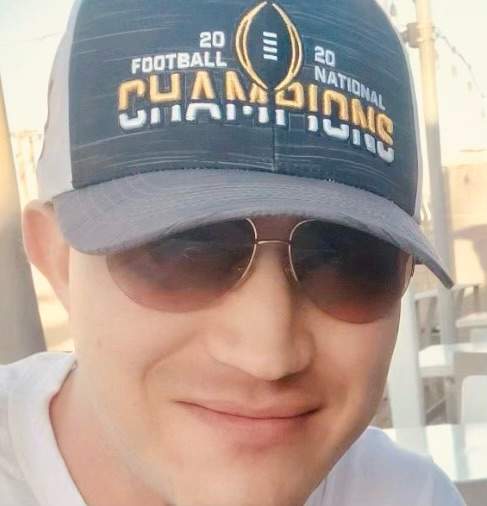 Mark Gerard Sanchez, 33, passed away on January 7, 2022, surrounded by his loved ones. Mark Gerard was born on October 13, 1988, to Mark and Diane Sanchez in Albuquerque, New Mexico. Despite his untimely death, his beautiful smile, contagious laugh, and love for the Alabama Crimson Tide will forever be etched in our memories.  Mark Gerard was an avid snowboarder, golfer, and basketball player at St. Pius High School. He was intelligent, kind, and generous, and touched the hearts and lives of everyone he met. He will be dearly missed.

Mark Gerard was preceded in death by his grandmother, Rose Marie Sanchez.

He is survived by his beloved parents, Mark and Diane Sanchez. He is also survived by JR Murrietta, who he loved like a brother, his beloved sister, Cassandra Sanchez, and his precious nephews, Alejandro and Joaquin Murrietta, who he loved like his own children. He is also survived by his grandparents, Morton and Peggy Jenks of Edgewood, NM. He is survived by his aunts and uncles, Steve and Geri Ann Jenks (his much loved godparents) of Plano, TX, Doug and Vange Pena Jenks of Aurora, Colorado, Paul Jenks and Carmen Meyer, Leslie Jenks and Nannie Sanchez all of Albuquerque, NM.

Services will be held on Thursday, August 4, 2022, at St. Joseph’s on the Rio Grande, 5901 St. Joseph’s Drive NW with a Visitation at 8:00 am, Rosary at 8:15 am with Deacon Steve Rangel presiding, and a Mass at 9:00 am with Monsignor Lambert Luna presiding. Masks will be provided by the family for those who desire to wear one. A Luncheon will be held following the services at El Pinto, 10500 4th Street NW, at 11:00 am – 1:00 pm. Private interment will be held at a later date.

In lieu of flowers, memorial contributions may be made to Children’s Cancer Fund of New Mexico (CCFNM.org), a charity that was close to his heart.

To order memorial trees or send flowers to the family in memory of Mark Gerard Sanchez, please visit our flower store.