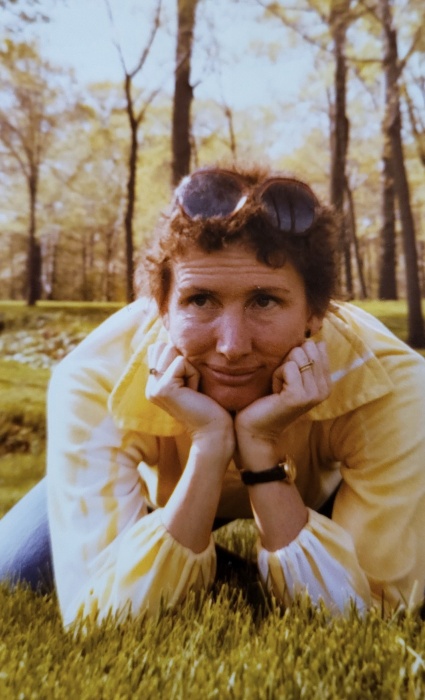 Mary (Betsy) Elizabeth Buckley, originally of Romeo, Michigan, died on December 25th, 2021 in Albuquerque, N.M. at the age of 79 of congestive heart failure.

The daughter of Rosina Elizabeth Dailey and William J Cunningham, Mrs Buckley was born in Romeo, Michigan on January 3, 1942.

Mrs Buckley graduated from Nazareth College in 1965. In 1965 she earned her Bachelors of Arts with a Major in Spanish. She would later go on to attend Michigan State and obtained her Masters in Spanish in 1967.

She married John Buckley on December 28th, 1970 following her time in the Peace Corp in the Dominican Republic after her graduation from Michigan State where the pair met. They traveled all of Latin American, South America, Central America and the United States.

Mrs Buckley and her husband John Buckley went on to adopt their daughter Casey Buckley on  September 30, 1978 while living in Florida, and later their son Kevin Buckley on June 5, 1982 in NJ. They would later move to Philadelphia, PA to raise both of their children.

Mrs Buckley spent her life as a teacher and educator enjoying working primarily with elementary and middle school children. Later she would work for United Airlines in Philadelphia, PA utilizing her knowledge of multiple languages to do translation for passengers arriving in Philadelphia Airport as well as customer assistance.

The Buckley’s took care of John’s mother in her latter years before she passed in 2005 in Philadelphia. In 2006 the family moved to Green Valley, Arizona where they cared for Betsy’s mother, Rosina Cunningham, and worked with the Catholic church to assist immigrant families in learning English and helping them prepare for the Citizenship Exam. They volunteered their time to also tutor children from the local schools in English and with their studies. When Arizona’s SB 1070 passed they moved to Albuquerque, N. M. to continue that work.

Mrs Buckley was dedicated to helping, educating, and supporting any youth or adults that she came in contact with in any of her areas of employment or life. She was extremely detail oriented, patient, compassionate, and always took her time to listen and understand where someone was coming from. Her ease with Spanish, Portuguese, Basque, French, and Latin helped tremendously with her work as a teacher and later her work with immigrants from Mexico, Central and Latin America. She had a fierce and strong sense of human social justice. She encouraged her children to volunteer their time in homeless shelters, tutoring, and working with those less fortunate than themselves and to recognize their privilege. She was all giving of herself in anything she took on in life. She had a great sense of humor and passion for living life to its fullest.

Both John and Betsy Buckley were devoted Catholics who felt that their faith demanded that they help anyone in trouble to whatever degree they could, whether it be impoverished people in Central and South America, those struggling within the American justice system or those who found themselves homeless. They were the family’s rock in times of crisis, and fun-loving, adventurous folks in calmer times. They were die hard football fans of Michigan State and Notre Dame as well as the Eagles. Sundays were dedicated to church and football games in the Buckley household.

They traveled with their children extensively through their middle school and highschool years all over the United States teaching them through hands-on experience about  American history, culture, geography, and the truth about their privilege in the United States and to constantly seek out opportunities to fight for social justice and for the oppressed. They later fully supported their daughter's travel and backpacking throughout Europe for two years following her mother’s footsteps which Betsy also did solo.

To order memorial trees or send flowers to the family in memory of Mary (Betsy) Elizabeth Buckley, please visit our flower store.