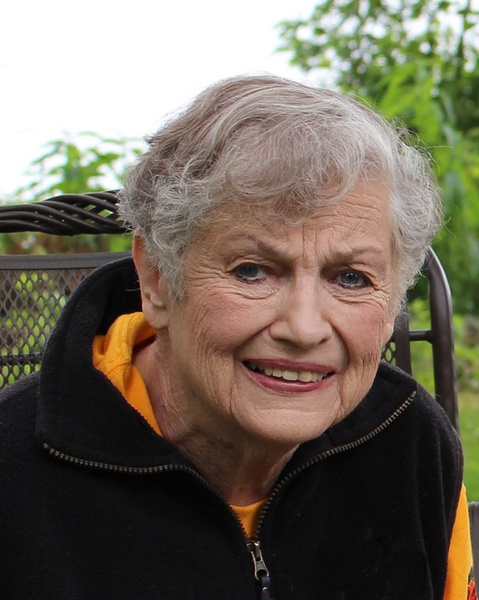 Mary Patricia Edwards died on September 11, 2022 from complications caused by Alzheimer's disease. She was born in San Antonio, TX, on September 5, 1935. Her parents were Curtis and Thelma Reeves Owens. She is survived by her husband Russ, son Ronald (Karla), Bozeman, MT, daughter Linda (Mark), Los Lunas, NM, son Glenn (Myra), Albany, OR, sister, Susan Miller Havens, Cambridge, MA, 8 grandchildren, 10 great grandchildren, and one niece. After her birth her parents moved to Albuquerque, NM. Next they relocated to Tulsa, OK and moved in with her grand mother because of the depression. After World War II was over, she moved back to Albuquerque and would eventually graduate from Highland High School. In September of 1953 she began her studies at the University of New Mexico to become a teacher. Those plans would change soon after school began when she met a fellow named Russell Edwards. She would marry him less then a year later. Russ was in the Air Force and had recently been assigned to Sandia Base. After leaving the Air Force, they would move to Rockford, Ill, where Russ found a job. In 1958 they welcomed their first child, Ronald. Linda arrived in 1959, and Glenn in 1965. In 1968 the family moved out in the country, 15 miles North of Rockford to a golf course development, called the Ledges. That was Pat's idea, and w/o her urging that would not have occurred. It turned out to the best decision of their lives. The schools were much better, the children liked living there, Russ loved the golf course we lived on, and Pat was very happy. We would live there for exactly 25 years until Russ retired. Mary Pat loved to sew and made a lot of clothes for the children and her self. Our house was immaculate, always decorated for the season (Easter, Christmas, etc.). She was a wonderful home maker and cook. At Christmas time she made klatches (a delicious Italian pastry) and other goodies. Her recipes were the best. When the children went off to college, she went to work for the next 10 years to help pay for their education. She held a number of jobs but her favorites were working for a large dental clinic and being the secretary to the registrar at Beloit College. The children all graduated debt free. They have all done well in life and are nice human beings. We are very proud of them. When Russ retired in 1993 we moved to Albuquerque to get a way from the cold winter weather of the Midwest. Pat had a wonderful life. She loved to plan trips and she and Russ traveled all over the world to countries like Russia (it was a nice country at that time), Japan, Australia, New Zealand, Yugoslavia, Greece, Italy, Turkey, Denmark, Sweden, Norway, and through out Europe. Russ traveled for his company and air mile awards were very generous at that time. We have been on 8 cruises, high lighted by the last one where we invited our children and their spouses to join us. We have attended over 20 Road Scholar (formally Elderhostel) seminars, located all over the U.S.A. Pat was a volunteer with the Albuquerque Newcomers Club, Art museum, and member of the Cross of Hope Lutheran Church. She was also a member of the Alpha Chi Omega sorority. A funeral service is scheduled at 11:00 A.M. on October 14th at the Cross of Hope Lutheran Church, 6104 Taylor Ranch Road. A reception, including a light lunch, will immediately follow the service. There will be an interment service at Vista Verde Memorial Park after the reception. A special thanks to the people of the Presbyterian Hospice Group, her caregiver, Ms. Debbi Garcia, who was so nice to her during her final days, and her hospital nurse, Dr. Beth Saltzman, who provided very valuable medical advice to my son, Glenn and I about her future care. A memorial has been established in her name with the Alzheimer's Association. Donations to the Alzheimer's Association link: https://www.alz.org/?form=alz_donate

To order memorial trees or send flowers to the family in memory of Mary Patricia Edwards, please visit our flower store.