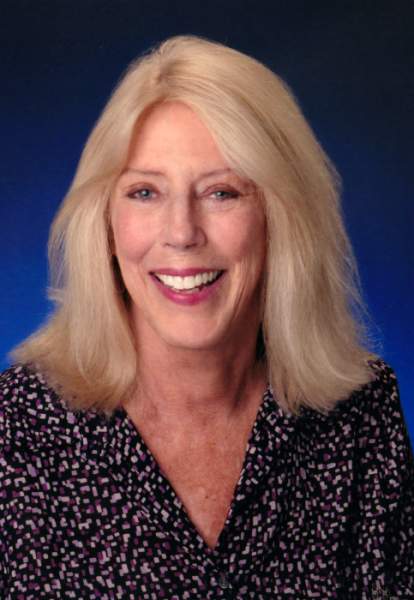 Mary Doyle Schluter of Albuquerque died on March 21, 2022 in her daughter Whitny’s home, nearly ten months after her diagnosis of metastatic skin cancer. She was 73 years old. She died in the arms of her three daughters, with her grandchildren, close friends, and family nearby.

After an unsuccessful attempt at cancer treatment, Mary began hospice care just before the holidays. She enjoyed several weeks of renewed energy and relative wellness before her death. Her daughters are thankful for her hospice caregivers and are deeply honored to have been present for Mary’s final moments. They are forever moved by Mary’s strength and grace during this time.

Mary treasured her upbringing in Chicago, having attended St. Scholastica Academy where she served as senior class president, and later Wright Junior College where she was voted best counselor two years in a row, and The University of Illinois Champaign-Urbana where she was president of her sorority and earned her master's degree in education.

Following her move to Albuquerque in the 1970s, and the birth of her children in the 1980s and 1990, Mary worked for many years as an elementary school counselor with Albuquerque Public Schools, a career that aligned with her innate respect and compassion for children. Friendly and good-natured to a fault, she was beloved by all delivery people, cashiers, and telemarketers. She always had a book to read and a movie or series she was looking forward to watching. Every cat and baby she met liked her best. To say she had a soft spot for her grandchildren is an understatement.

Prior to her cancer diagnosis, Mary braved many health challenges, including the loss of her hearing, difficult pain, and frequent hospitalizations. She endured these with tremendous strength and humor. Her experience with hearing loss moved her to serve on the Board of Directors for Albuquerque Speech, Language and Hearing in 2013. Despite her numerous academic, professional and community accolades, she often said her greatest achievement was her children. Others would say her greatest achievement was putting up with her children…and gracing the world with her essence and unconditional love.

Her loss leaves her loved ones utterly broken-hearted, but with a rich inheritance of dollar store reading glasses, hearing aid batteries, googly eyes and quilling papers for crafting, other bits of beauty and humor, and countless joyous memories. Witnessing her journey has humbled those close to her and taught us invaluable lessons. We will miss her eternally and live to make her proud.

Mary’s celebration of life service will be held at 8:00 am on Friday, April 8, 2022 at the Nativity of the Blessed Virgin Mary Catholic Church located in the heart of Albuquerque's North Valley,  with an open-house reception at her residence to follow that afternoon.  In lieu of flowers, donations can be made in Mary’s name to one’s favorite charity.

To order memorial trees or send flowers to the family in memory of Mary Doyle Schluter, please visit our flower store.