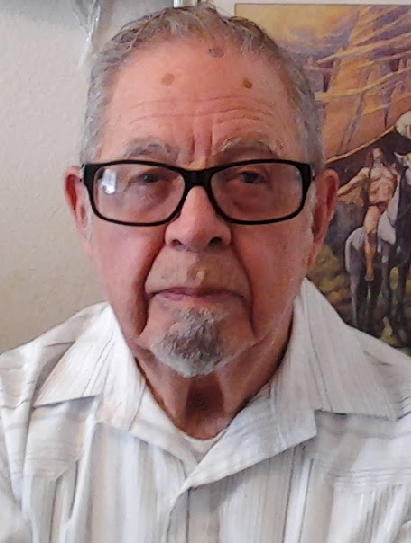 Age 91, passed away peacefully May 27, 2021 in his home surrounded by family. He was born in Magdalena, NM on July 18, 1929, to Benjamin and Josefita Padilla Serna. After leaving school at an early age, he assisted his father move cattle through New Mexico, Arizona, and Colorado. He began his career with the Highway as a Survey Party Chief before he enlisted in the Army National Guard at Fort Bliss as a Propelled Artillery Mechanic. He received an honorable discharge in 1952 and returned to the Highway Department to work on dam construction. He met his late wife Maria Otero Serna, married and traveled all over New Mexico as a State Highway Engineer. When he returned to Magdalena, he served as the Deputy Sheriff for Socorro County and then as the Special Deputy Marshall. Mateas became postmaster serving the Village of Magdalena and Alamo for over 25 years. During his service he was responsible for the building of the new post office that stands there today. After retirement from the post office, Mateas began his second career as Bookkeeper for the family business of Serna’s Locksmith, Boot and Shoe Repair for the next 34 years. Mateas enjoyed reading western novels, doing crossword puzzles and attending family celebrations. He was preceded in death by his parents; beloved wife, Maria O. Serna; and brothers, Ramon Serna and Anastacio Ruben Serna. Mateas is survived by his two sons Robert Serna (Dolores Hensley) and George Serna; granddaughter Naomi Serna-Olander (David Olander); and his two great-grand children Dwight Serna Olander and Cadence Rose Serna Olander.  Pallbearers are David Olander, Dwight Olander, Ray Martinez, Arthur Sisneros, Mackie Leyba, Felipe Avalos, Johnny Castillo, and David Dotson. Honorary pallbearers are Clifford Serna and Frankie Martinez.  The family would like to thank Presbyterian Hospice Staff for the gentle care and guidance they provided the family. Special thanks to family and friends who have reached out with prayers to support us in this very difficult time.

To order memorial trees or send flowers to the family in memory of Mateas Padilla Serna, please visit our flower store.