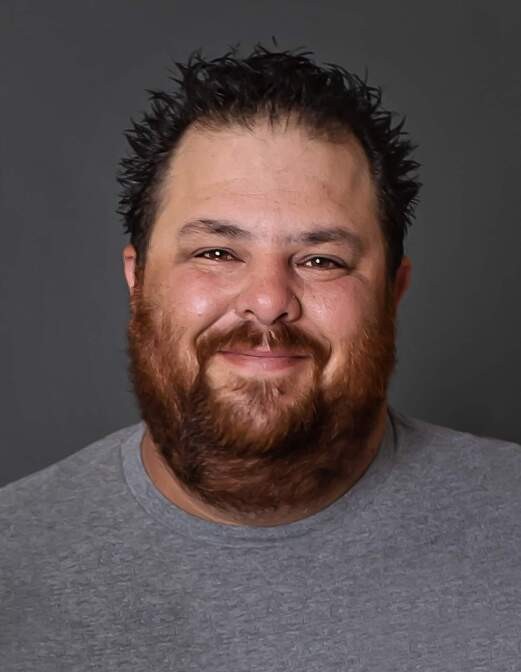 Michael Anthony Caputo was born in Albuquerque on May 20th, 1989, to his parents Antoinette & Vincent Caputo. He was unexpectedly called home to paradise on the morning of November 28th, 2021, at the age of 32. In 2007 his life changed for the better, he met the love of his life Samantha. He then graduated from Rio Rancho High School the same year. He still attended every high school event long after high school; he had school spirit yes, he did. After High School he immediately started his career path in the electrical field. Because of his talent he was invited to, and ultimately won Skills USA. He was ever romantic and unashamed of his love for Samantha. Michael was who he was, and he captured the hearts of anybody that he came in contact with. He was a no problem man, there was never a problem that he couldn’t solve. On September 21st, 2013, Samantha and Michael stood up and made a promise to each other and to God, and in true Michael fashion we celebrated with the most epic party. Michael lived life to the fullest, him and his wife went on numerous adventures. In 2015 Michaels heart grew even more when he welcomed his first son and best friend Giuseppe into the world. In 2018 he welcomed his mini me Lucciano. In 2020 when we didn’t think his heart could grow anymore his beautiful pride and joy Giovannina was born, he was wrapped around her finger immediately. Michael was a loving and devoted father to his children, he worked tirelessly to ensure his children were loved and cared for. Michael was a devoted, hardworking, goal driven man. Being promoted within his company was extremely prideful to him. You could find Michael jamming out in his razor, camping with his friends and family and killing songs on his boat. He spent his Sunday nights playing softball with some of his closest friends. He was truly a beautiful soul that genuinely loved his life and all the people in it. He quite literally had the biggest heart, even if he couldn’t spell it. Forever the hopeless romantic and loving husband he was, with his last breath he opened his eyes and kissed his wife goodbye before peacefully gaining his wings. There is truly a huge hole left in this world without Michael. Michael was an amazing son, brother, husband, son in law, father, brother-in-law, uncle, cousin, nephew, friend, and coworker. We will forever honor his legacy, his love, and most cherished memories until we are whole again in the presence of the Lord.

In lieu of flowers, donations can be made to the family’s GoFundMe or Meal Train account.

To order memorial trees or send flowers to the family in memory of Michael Anthony Caputo, please visit our flower store.