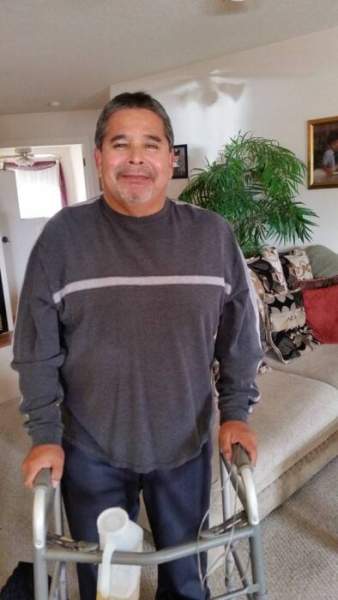 Michael Talamante Baseball Career – For when I Die!! (written by Michael 2010)

1968 – Joseph Martinez introduced me to Little League baseball, played for Valencia Red Sox, was called up to play in the major division because of my pitching, but didn’t want to.

1972 – Played for the major division Valencia Pirates after the season made my first all-star team. Lost to mile high in the championship game.

1973 – Played in the Albuquerque Babe Ruth League, our team went 18 – 0 that summer, took first place and threw my first no-hitter, was on television. Made the all-star team again pitched first game and won. Then we lost the 2nd game and I was supposed to pitch the rubber game but the coach wanted to save me for the first game of the state tournament and we lost, went home.

1975 – As a sophomore tried out for the varsity baseball team, didn’t think I had a chance but I made it.

1975 – State baseball tournament held in Los Lunas, won our first game, Rick Romero pitched against Cobra, won our second game. Greg Wortman and Eddie Fulkerson pitched against St. Michaels championship game and was called on to pitch, played Anthony Gadsen. I was just 15 years old, lost 5 to 3, I only lasted d2 innings, can’t remember too much of a nightmare.

1977 – Pitched in 13 games that year had a 9 – 4 record, co-district champs with St. Pius, didn’t go to state because of head to head competition with St. Pius; gave St. Pius the advantage. St. Pius went on that year and took state, that really hurt.

1977 – American legion state tournament in Carlsbad. Out of twelve teams including state 4A champ Del-Norte, who I pitched against and won, I received the Most Valuable State Tournament pitcher award.

1978 – 1979 – 1980 -  Played in the Alb. Semi-pro league, had a good pitching record including getting our team to the championship game, but the coach wanted to play his son instead of me and we lost.

I played a lot of years thereafter in softball, although I enjoyed it tremendously, baseball gave me the most gratification. I had no idea that summer in 1968, meeting Joseph Martinez and him asking me if I wanted to play on a team of baseball of which I had no clue what the sport was about, would give my life such gratefulness. I have fond memories of my baseball life, sitting in the dugout with my bother Chris, making a lot of friends whom I still keep in contact with. Baseball taught me that if there’s something that you really care for always take care of it.

Michael viewed his family and friends exactly like the lessoned he learned in baseball; he CARED so much about the people around him and he always took care of us! Michael is survived by his wife, Lorraine Talamante; sons, Joshua Talamante and Erik Talamante; daughter(in-law), Amanda Talamante; granddaughters, Brinley Rain Talamante and Aliiya Torres; grandson, Kenneth Graves; mom and dad, Romana Chavez and Tony Chavez; brothers, Johnny Ray Talamante and Chris Talamante; sisters, Julie Barela and Kim Griego. Many more nieces, nephews, cousins, aunts, uncles, friends and family surrounded Michael with Love. Michael is proceeded by his father Cruz Talamante and Gramita and Grandpa Coocoo.

To order memorial trees or send flowers to the family in memory of Michael Talamante, please visit our flower store.