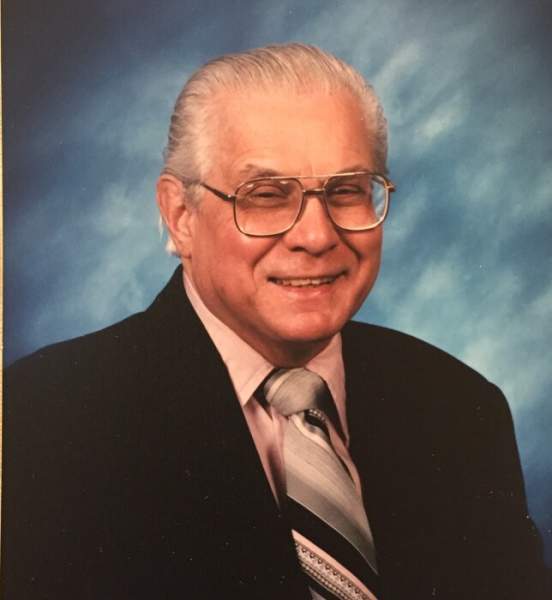 Norvin Dean Schuman, M.D., of Rio Rancho, NM, passed away on January 28, 2022 at home in the presence of his loving wife, Rey, and his three adult children.

Norvin was born on May 19, 1931 in Chillicothe, MO to Schiller Delph and Esther Melvina (Adamson) Schuman.

His family lived in several Midwest towns before settling in Neodesha, KS.  Upon  graduating from Neodesha High School, he graduated with a double major in Biology & Chemistry from Baker University, Baldwin City, KS in 1953. In March of 1952, while at Baker, he met Rey Valencia, a student from the Philippines attending Southwestern College in Winfield, KS.  They later married on September 5, 1954.  His two daughters were born in 1955 and 1956 while he was in medical school at the University of Kansas Medical School in Kansas City, KS. He earned his medical degree in 1957.  From 1957 to 1960, he served as a commissioned Public Health Service officer at hospitals in San Francisco, CA and the Indian Health Services in Clinton, OK.  His son was born in 1957 while in San Francisco.  From 1960 to 1965, Norvin and family served as missionaries of the Methodist Church in Sarawak, Malaysia on the island of Borneo. Norvin was one of two staff doctors at Christ Hospital where he practiced tropical medicine and helped establish innovative treatments. Upon returning to the U.S., Norvin was on staff at the University of Kansas Medical Center/Pathology Department from 1965 to 1973, which included completing a pathology residency and teaching medical students, something he was passionate about.  He later went to work for Research Medical Center (KC, MO) from 1973 to 1983 in the Pathology Department.  He continued teaching  medical students (including, at one time, his own son!).

Upon an early retirement, due to health issues, he and Rey moved to Rio Rancho, NM in 1989, where they built their home with a beautiful view of the Sandia Mountains and panoramic sunrises and sunsets.  Norvin maintained his love of photography, updating family photo albums and cataloguing over 10,000 slides in his collection. Over the years, he always enjoyed visits from his children and grandchildren, and he was granted enough time on this earth to enjoy his great-grandchildren.  Slideshows with Norvin at his carousel projector and built-in screen were always a highlight for family gatherings!

The Schuman Family would like to thank Heartland Hospice Care for their unwavering service in Norvin's final months.

A funeral service will be held on Saturday, February 12, 2022 at 10:00 am. at Daniels Family, 2400 Southern Blvd., SE, Rio Rancho, NM 87124. Final resting place will be in Shawnee, KS. In lieu of flowers, donations may be made to High Desert United Methodist Church Mission Ministries (highdesertumc.org) in memory of Norvin D. Schuman M.D.

To order memorial trees or send flowers to the family in memory of Norvin Schuman M.D., please visit our flower store.