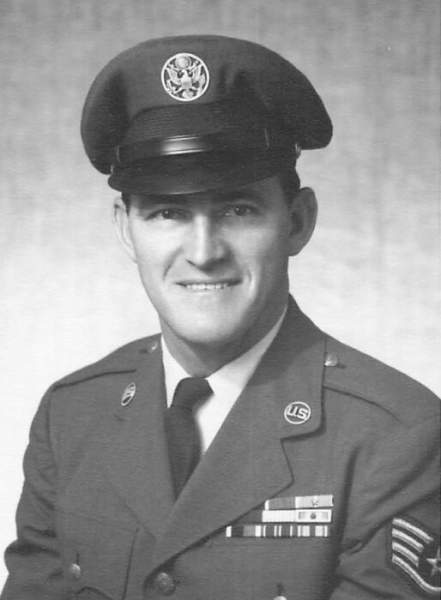 Retired Master Sgt. Paris W. (Pat) Curtis, 87, passed away peacefully on March 15, 2022. He was a decorated veteran, serving 43 years in all 4 branches of the military (Marines, Army, Navy and Air Force), and in two wars, the Korean conflict, and Desert Storm. He was highly decorated, receiving 2 Silver Stars, a Bronze Star and 2 Purple hearts. He was born on December 8, 1934, in Hermon, ME, to his parents, Iris and Clifford Curtis. When he was just 17, Pat decided he wanted to join the Marines, needing his mother’s permission to enlist because of his young age. He was stationed in Quantico, VA, then went on to serve 2 tours in the Korean war. He re-enlisted in the field in Korea after serving in battle during his first tour and was wounded in action. Pat has 5 children: 2 sons, Paris Jr., and Richard (Juanita); 3 daughters, Tassie Knudson (Kurt), Wendy Peterson (Dan), and Lynn Desotelle, and a step-daughter, Diane Boutcher (Jim). Pat lived in several states (Maine, California, Idaho, Colorado) and finally settled in New Mexico, working for the U.S. Postal Service, and retiring in 1994. When he wasn’t working, Pat had a passion for RVing and square dancing. Pat was predeceased by his parents (Iris and Clifford Curtis) and foster parents (Annie and Winfield Brawn) and numerous foster and half brothers and sisters. He is survived by his wife of 56 years, Lois, his 5 children, and step-daughter, and numerous grandchildren and great grandchildren.

In lieu of flowers, the family requests that donations be made to your charity of choice.

To order memorial trees or send flowers to the family in memory of Paris W. Curtis, please visit our flower store.