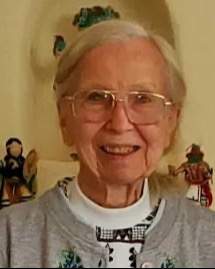 Patricia G. Evans Nawrocki passed at her home November 9, 2022 in Rio Rancho NM. She was born on August 22, 1934 to Walter and Patricia Burke of New Bedford MA. The family moved to the Detroit area a few years later. She earned a BA in journalism from Wayne State University in Detroit MI, and worked at two local hospitals and Ford Motor Company as an editor and photographer.

In 1992, she married Ryszard (Richard) Nawrocki of Dearborn Heights, MI, a design engineer at Ford Motor Company. They moved to Rio Rancho in 1994 where they enjoyed life in the Southwest and traveled to far parts of the world. She volunteered at Presbyterian hospital, New Mexico Natural History and Science Museum and was the first president of the West Mesa Women's Club.

Patricia is survived by her husband of 30 years, Ryszard Nawrocki, her children, grandchildren and great-grandchildren, a dear cousin, Nancy Sobieski of East Orange, NJ. She was predeceased by her parents and beloved grandson David Richard Wendt.

She will be missed.

Cremation has taken place
To order memorial trees or send flowers to the family in memory of Patricia G. Evans Nawrocki, please visit our flower store.