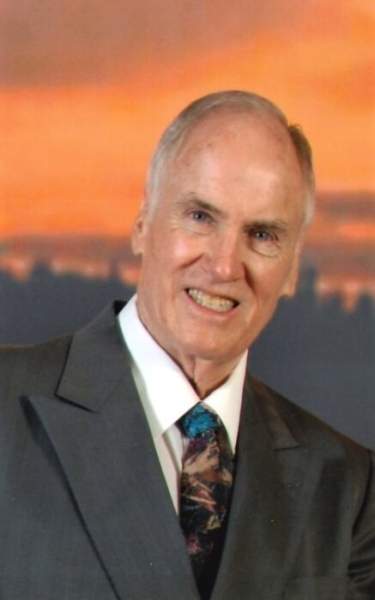 Peter “Pete” Warren Lusader went to be with his Lord on January 15th, 2022. He was born in Chicago, Illinois to Cyril Warren Lusader and Myrtle Ellenora Marquette Lusader on June 2nd, 1945 and welcomed home by two brothers and two sisters.

He graduated in the Class of 1963 from William Howard Taft High School in Chicago, IL and went on to serve his country for four years in the United States Air Force, which included the Vietnam era. He achieved the rank of Senior Airman before his honorable discharge. Peter moved to Albuquerque, NM in 1967 and attended Tech Classes at TVI (now CNM).  Peter was a dedicated worker and master carpenter for much of his life. He worked in the Air Force Weapons Lab for 20 years and, after retirement, he was a Security Officer for DoE.

Peter married the love of his life and soulmate, Phyllis Rice on September 15th, 1978, in Albuquerque, New Mexico. They would go on to enjoy 44 years of marriage together, alongside his three stepchildren, Elaine, Scott, and Stephen.

Peter’s greatest accomplishments was his wonderful relationship with Jesus Christ, which gave him the power to bring joy to his family, serve others, and bless his craftsmanship.  Peter understood and read the Bible daily becoming an avid Bible scholar.  As a man of God, Peter was a member of Hoffmantown Church and attended Calvary Church twice a week for 15 years. He was a leader in Celebrate Recovery for 12 years, performed in church productions, and sang in church choirs for 33 years. Peter also served as usher at Popejoy Hall and loved using his craftsmanship skills on several church mission trips.

Peter enjoyed travelling, cruising, watersports, working out at the gym, yardwork, and building everything he could. He built and remodeled many homes over the years and was truly a master craftsman in everything he did.

He is survived by his wife, Phyllis Lusader, his brother JJ Wolfe, stepdaughter Elaine Wright, son-in-law Steve, stepson Scott Wimpy, and stepson Stephen Wimpy, daughter-in-law Halecia, as well as his six grandchildren, four great-grandchildren, and many nieces, nephews, and friends.

Peter was the greatest husband, stepfather, grandfather, and great-grandfather in the world. He loved spoiling his great-grandchildren, especially with outrageous amounts of goodies. He influenced many lives and planted many seeds for disciples in Jesus. Peter left a legacy of laughter, ill-timed unfiltered comments, a salvation story all his own, and a love story like no other. He had an absolute servant's heart and never looked for recognition but always wanted to help. He was always quick-witted and had a contagious sense of humor. He will be dearly missed.

A memorial will be held Saturday, January 29th, 2022, at 11 am at Hoffmantown Church with a reception to follow the service. Burial will take place at Santa Fe National Cemetery with Military Honors on Thursday, February 10th at 3 pm.

In Peter’s honor, flowers can be sent to Hoffmantown Church for the service or contributions can be made to The Navigators Ministry at www.navigators.org.

To order memorial trees or send flowers to the family in memory of Peter Warren Lusader, please visit our flower store.