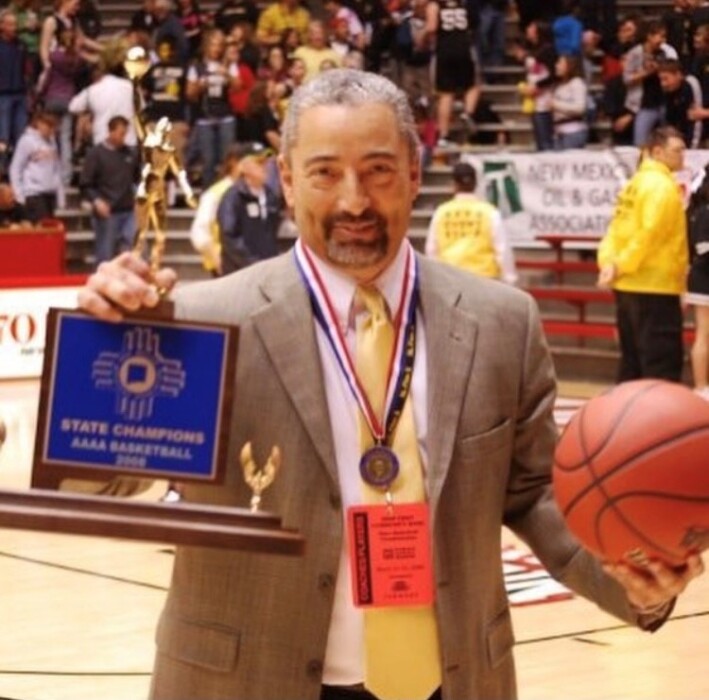 Philip was born October 8, 1960 in Belen, New Mexico to his mother and father, Tarcila and Deaudin Griego. Philip attended Belen High School, there, his love for basketball was cultivated. Phil was an all-star athlete and during his senior year he was recognized as Athlete of the Year. He graduated in 1978. After high school he attended New Mexico Highlands University. During his time at the university, he married his high school sweetheart Rosalie Ann Sanchez in Belen on May 30, 1981, with whom he continued to live happily for over 40 years. He graduated from New Mexico Highlands University with a bachelor’s degree in 1983. After graduating, Philip began work in Human Resources for the Department of Energy, where he continued working for 36 years. Phil and Rosalie had 3 kids, Eric, Jessica, and Amy.

Other special interests and hobbies of Phil’s included golfing, playing guitar, tennis, cooking and spending time with his family and grandkids. Philip loved spending time with his family especially, cooking for them and setting up the pool at his house so they could swim. He loved his four grandchildren with his whole heart. They loved sleepovers at grandpa’s house because they knew he was going to take them to their favorite snack spot (the gas station) to get all their special goodies. They would swim all day and watch a movie with their snacks at night.

Philip’s passing is all for God’s glory, it his is his greatest testimony!

“Fear not, for I am with you; Be not dismayed, for I am your God. I will strengthen you, Yes, I will help you, I will uphold you with my righteous right hand.” – Isaiah 41:10

In lieu of flowers, please donate to the Acute Myeloid Leukemia - HealthWell Foundation.

Services will be held at Calvary Church on Thursday, September 09, 2021 starting at 11AM, reception to follow thereafter.

To order memorial trees or send flowers to the family in memory of Philip Richard Griego, please visit our flower store.