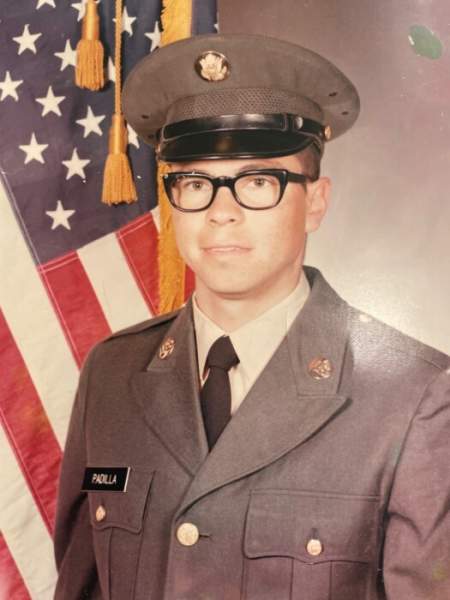 Procopio Padilla (Pro) passed away on August 21, 2022 at 73 years of age. He was born on December 16, 1948 in Albuquerque, NM to Mateo and Anita Padilla. He was the youngest of 12 children. In December 1974 he married Francisca Robles and they enjoyed a loving relationship for 48 years. He had two children, Darlene and Santiago as well as five grandchildren, Kenneth, Cameron, Martin, Matthew and Leroy.

Pro was known to enjoy life to the fullest. He particularly enjoyed camping, hiking and vacationing in the great outdoors accompanied by a good stiff drink and a steak dinner. He was extremely generous and always offered a hand to those in need. In his latter years, he turned his life to Jesus Christ and his family is assured that he is now at peace in our heavenly Father’s home.

His family is extremely proud of his military service in Vietnam from January 1970 to January 1973, where he served as a CH 47 helicopter repairman and machine gunner. Procopio Padilla was honored in writing by Chief of Staff William R. Richardson for his personal heroism, professional competence and devotion to duty when he distinguished himself by heroic actions while service as the Crew Chief of a CH-47 B helicopter with the 132d Aviation Company in February 1971. He separated with several awards to include the National Defense Service Medal; the Vietnam Service Medal w/2 Bronze Stars; the Vietnam Campaign Medal w/60 Devices; 2 Overseas Bars; an Army Commendation Medal, and a Sharpshooter award for the M-16 rifle.

After his return from Vietnam, he dedicated 33 years in service to the United States Postal Service as a Mailhandler. Pro was recognized for the excellent manner in which he performed his duties. He was known to meet every challenge with enthusiasm, professionalism, a cheerful cooperative approach and skilled technical knowledge. He formally retired in 2006.

Pro Padilla will be greatly missed by his closest family and friends. His wife and children would like to express their gratitude to the members of the First Bilingual Baptist Church for their prayers, love and support.

We will keep his memory in our hearts and look forward to the day that we see him again.
Daniels Family Funeral Services
3113 Carlisle Blvd NE
Albuquerque, NM 87110
505-884-1188

To order memorial trees or send flowers to the family in memory of Procopio Padilla, please visit our flower store.