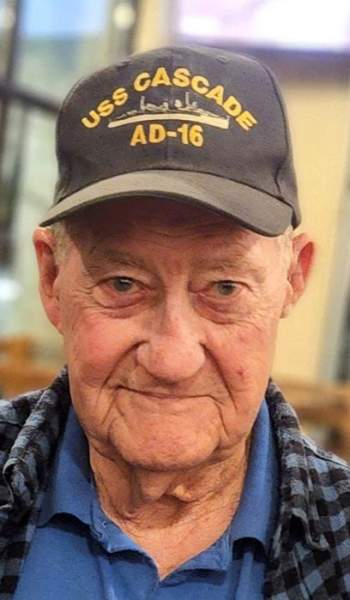 Richard Zerbe, 88, devoted and loving husband, father, brother, grandfather and great-grandfather went home at 2:20 a.m. on June 21, 2022.  While his family grieves the loss of his presence here, they rejoice that he is now and for eternity worshiping at the feet of his Lord and Savior, Jesus Christ.  Daddy is preceded in death by his parents Alvin and Madge (Babb) Zerbe, his wife of 58 years, Mary Ellen (Fowler) Zerbe, son Michael Zerbe, brothers Alvin Zerbe and James Zerbe, and sister Linda Bunton.

Born in Wichita, Kansas, Dad graduated from Wichita High School East in 1952, the joined the US Navy in 1953 to serve his country during the Korean War.  He was a Machinery Repairman I and served on the USS Cascade and Forrest Royal from 1953-1957.  While on leave, he met and fell in love with Mary Ellen Fowler and they were married May 19, 1955.  They moved to Albuquerque, NM in 1957 where three of their four children were born.  Daddy was the hardest working man we ever knew.  He was a genius when it came to designing, creating and problem solving.  While being a machinist was his greatest talent, he owned Zerbe Construction Company in the 70’s providing stem walls for new homes.  He worked for several machine shops in Albuquerque and finished his career with JAZ Manufacturing, Inc., a company he started in 1994 and ran until 2013 when he retired.  Needing to keep busy, in 2020 he started working at Ace Hardware on Golf Course Rd. on Fridays and Saturdays.

Dad was a talented artist, painting many pictures for family and friends.  He loved to cook, appreciated and listened to many music genres, was an avid bird watcher, and pampered his dogs Arrow, Buddy and Nilla Bean.  He always had to be busy painting, working in the yard, tinkering, building and creating.  In the 80’s he helped establish the New Mexico Dart Association and served as an officer for the association.  During that time, he designed and machined custom darts for many darting friends.  With all his talents and creative abilities, he always said that his greatest achievement was his family.

A memorial service honoring his life will be held on Friday, July 1, 2022 at 3 p.m., Charity Baptist Church, 5501 Obregon Rd NE, Rio Rancho, NM 87144 with a reception immediately following the service.

To order memorial trees or send flowers to the family in memory of Richard "Dick" Benjamin Zerbe, please visit our flower store.