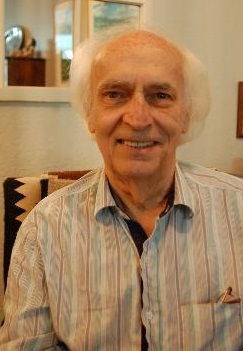 Richard E. “Dick” Holben passed away peacefully on Nov 2, 2021. He was born Dec 2, 1937 in North Apollo, PA to Clyde Holben and Mary Pasterick. He graduated from Apollo Area Joint High School in 1955. After his service in the Army, he came to Albuquerque and began working for Sandia Corporation. In 1962 he met Judy Siede, who also worked at Sandia, whom he married and spent the next 56 years with. Richard and Judy moved to Cedar Crest in 1968. In 1972 Richard left his employment at Sandia and dabbled in several different occupations until 1977 when he became a Real Estate Broker opening Dick Holben Realty which became one of the leading real estate offices in the East Mountains until his retirement in 1998. In the mid-1980s Richard also built Cedar Crest Shopping Center where his Real Estate office was located. His retirement years were spent with Judy in Green Valley, AZ. The couple enjoyed travelling and Richard took up playing the guitar as a hobby. They returned to Albuquerque in 2013 after Judy was diagnosed with Alzheimer’s. Richard went above and beyond in his care and compassion for her, never leaving her side, until her death in 2018. Richard is survived by a son Rick. A Celebration of Life will be held at Daniels Family Funeral Services, 3113 Carlisle Blvd NE, Albuquerque on Thursday Nov 18, 2021 at 10:30 AM.
Daniels Family Funeral Services
3113 Carlisle Blvd NE
Albuquerque, NM 87110
505-884-1188
To order memorial trees or send flowers to the family in memory of Richard Ellis Holben, please visit our flower store.