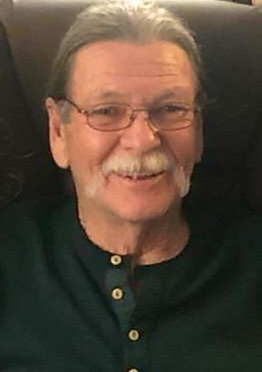 Robert Esquipula “Skip” Aragon passed away on March 23, 2022.
He was born in his family’s home in Bernalillo, NM on December 29, 1949, to Manuel “Bosh” and Ida “YaYa” (Miller) Aragon. Skip was a proud father to Amber, Les, and Todd.
Skip obtained his barber’s license the same day as his draft notice. He then entered the Army for one combat tour in Vietnam from December,1969 to December,1970. Skip was awarded three Bronze stars and several other medals and awards during his service. As a result of his service, he battled with PTSD for which he bravely sought therapy. Skip then pursued helping other veterans suffering from similar mental health disorders. Skip worked as a journeyman electrician for Sandia National Labs for 32 years.
Skip was an adventurous soul. He loved fishing, hiking, car racing, playing softball with the Senior League, and meeting new people. If you were friends with Skip, you were a friend for life. Most of all, Skip loved spending time with family.
Skip is preceded in death by his parents, his sister Sandra (Aragon) Pino, and baby brother Mark Anthony. Skip is survived by his wife Tina Misak-Aragon, his children Amber Padilla (Daniel) of Prosper, TX, Les Aragon of Albuquerque, and Todd Palmer (Tracey) of Castle Rock CO, and his siblings Roanie Aragon (Theresa), Arbie Aragon, and KiKi Munera (Eddie), and his brother-in-law Carlos Pino. He is also survived by his numerous grandchildren, nieces, and nephews.

A family memorial service is to be held at a later date.

In lieu of flowers, please send donations to Paws and Stripes of New Mexico, or another veteran’s assistance organization.

To order memorial trees or send flowers to the family in memory of Robert Esquipula "Skip" Aragon, please visit our flower store.