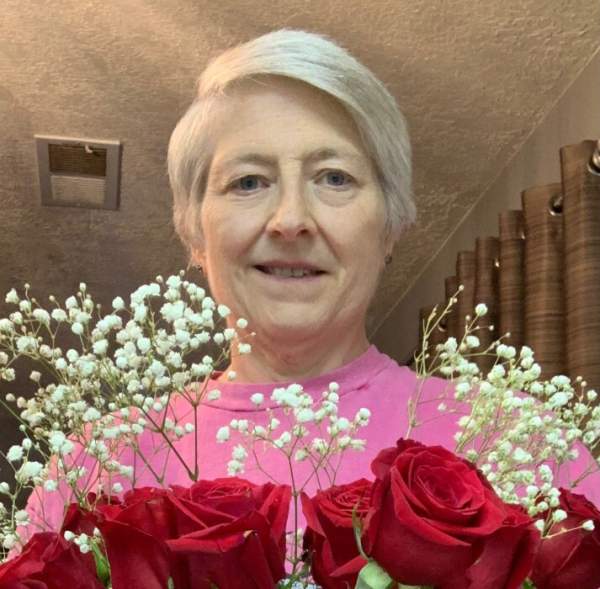 Rosemary Koch (Deibel), 59, passed away October 17, 2021 in Rio Rancho, NM.  She passed peacefully in her home with her two sons and twin sister by her side.

Rosey was born on December 31, 1961 in Buffalo, NY to Maurand G. and Joan E. Deibel.  She earned her Associates degree in Liberal Arts from Niagara County Community College in 1982.  She was employed by the City of Rio Rancho for over 18 years, where she worked in the Parks and Recreation and Finance departments.  She met her husband, Gregory L. Koch, while playing trumpet in the Bergholz German band, where they played and travelled together for many years.  Anyone that knew Rosey, knew that she had a very distinct love for the holidays (especially Christmas), the color purple, and the Buffalo Bills NFL team.  Additionally, Rosey loved playing cards, dominoes, dice, board games, and bingo with her friends.

Rosemary was preceded in death by her husband, Gregory Lawrence Koch, her parents, Maurand George Deibel and Joan Elizabeth (Roehm) Deibel, and her brother Dennis Deibel.

A celebration of life will be held at 3:00pm on Saturday, November 13, 2021 at Sabana Grande Recreation Center - 4110 Sabana Grande Ave SE, Rio Rancho.

To order memorial trees or send flowers to the family in memory of Rosemary Koch (Deibel), please visit our flower store.