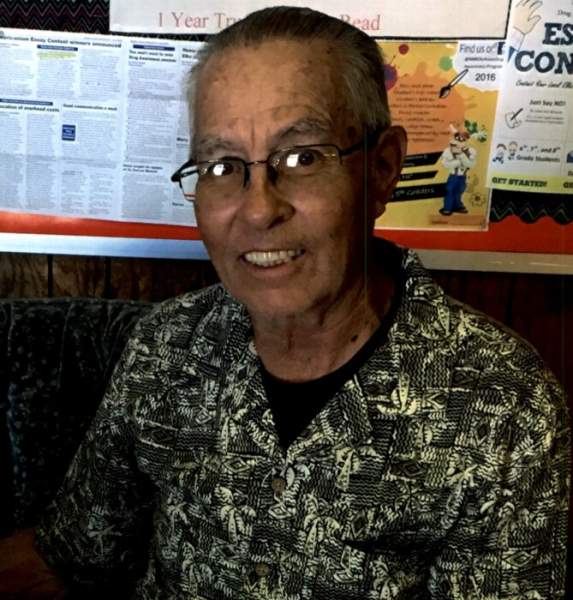 Ruben “Blue” Archuleta was called to Heaven on January 1, 2022. Born on April 30, 1951 in Las Vegas, NM, Ruben is survived by his loving wife of 49-years, Theresa Archuleta whom he married on August 18, 1972, sons Steven and wife Kim, Richard and wife Patricia, and Daniel and Fiancé Jenna, Mother Eva Archuleta, brother Toby Archuleta and wife Anita and sister-in-law Marcie Lovato and Husband Leo. A great husband, son and father, Ruben was also a loved grandfather to grandchildren Kali Piazza and Nick Gale, Mataya and Richie Archuleta and Daniel Jr. and Samantha Archuleta. He was also great-grandfather to Kaylanii Caple and Maddox and Brayden Piazza. He also had numerous nieces and nephews.

A native of Las Vegas, NM and a graduate of West Las Vegas High School (1970), Ruben enlisted in the US Army in Sept of 1970 and is a proud Veteran of the Vietnam War.

In May of 1985, Ruben received his bachelor’s degree from The University of Highlands in Las Vegas, NM.

After years of hard work in many professions including, Gym Management at UNM-G in Gallup, NM, Family Therapy at Connections Inc. in Gallup, NM, and as Water Conservationist for the City of Rio Rancho, NM, Ruben retired in 2016.

Ruben was a kind, patient and loving man that would give the shirt off his back to those who needed it. He was known for his compassion, his willingness to help those in need and his infectious spirt that lit the darkest of rooms.

Services will take place on February 18th at St Thomas Aquinas Church located at 1502 Sara Rd, Rio Rancho, NM 87124 and will include a Rosary at 10 am MT followed immediately by Mass at approximately 10:30 am MT. Ruben will be laid to rest in Santa Fe National Cemetery located at 501 N Guadalupe St, Santa Fe, NM 87501 at 2:15 pm MT.

To order memorial trees or send flowers to the family in memory of Ruben "Blue" Archuleta, please visit our flower store.