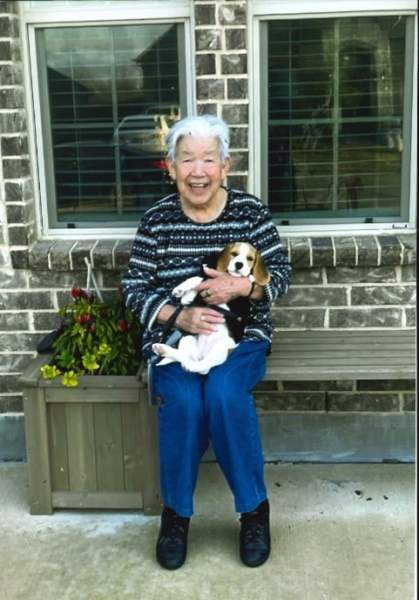 Sakae was born in July 1929 in Japan. She was a dental technician in Tokyo when she met and married her husband, Thomas Smith.  During her many travels being a military wife, she became an accomplished crafter and later became an instructor in traditional Japanese arts.  Sakae was also an avid gardener and enjoyed sharing her bounty with her friends and neighbors.

Sakae was preceded in death by her husband, Thomas Smith.  She is survived by her two daughters, Margaret Smith of Albuquerque, NM and June Rosselli of Moreno Valley, CA; as well as, her three grandchildren, Thomas Madewell of Moreno Valley, CA; Kristena Rosselli of Lancaster, CA; Kristopher Rosselli stationed in Oahu, Hawaii and her two great grandchildren Nathan and Alyssa Madewell.

Sakae Smith will be interned with her husband Thomas Smith on Monday, May 2, 2022 at Riverside National Cemetery at 1:30pm.

In lieu of flowers, donations may be given in Sakae’s honor to the Disabled American Veterans.

To order memorial trees or send flowers to the family in memory of Sakae Smith, please visit our flower store.