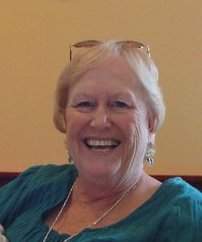 On Monday, August 30th, 2021, Sandra Robinson St. George, loving mother, grandmother, and wife, passed away at the age of 80.

Sandy was born on December 1940 in Fort Smith, Arkansas to Eric and Lillie Robinson. Shortly after, she moved to New York, spending her adolescent and teenage years on the east coast. In the 60’s, she was beatnik, a hippie-traveler poet and a folk-singer. In the 70’s, she was a student of life, backpacking through Switzerland and traveling the country in her V.W. bus, which brought her to New Mexico for the first time. In 1975, she completed her undergraduate degree in NH, and later returned to NM to complete her Masters and Doctoral work at UNM. Between the 80’s and early 2000’s, she was a serious student, an educator, and a mother. In her later years and until her death, she returned to her passion for art by becoming an avid watercolor painter. She was passionate about her life, her family and friends, her dogs, and her art.

Sandy was preceded in death by her father, Eric Vane, her mother, Lillie Faye, and her brother, Stephen. She is survived by her husband, Arthur, her son, Aaron, her step-daughter, Amitai, and her four grandchildren, Connor, Clara, Aston and Chelsea. She was loved and will be deeply missed.

To order memorial trees or send flowers to the family in memory of Sandra Robinson St. George, please visit our flower store.