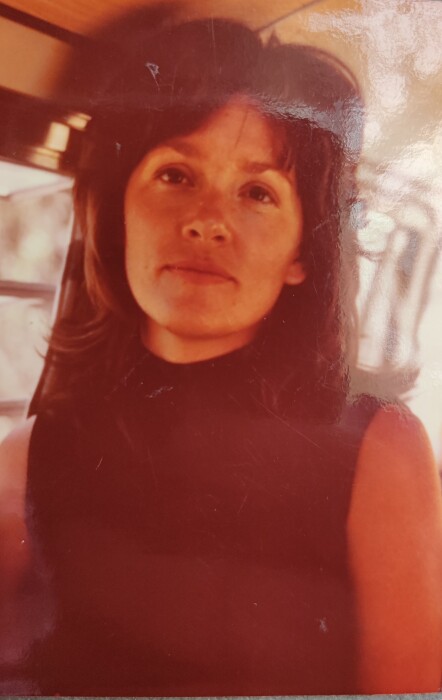 Sarah E. Sharpton passed away peacefully at home on Friday, July 16, 2021 at the age of 79 in Albuquerque, New Mexico. She was surrounded by her family.

Sarah was born in the Blue Ridge Mountains of Western North Carolina. She was the eldest child of two born to Doris Elaine (Monteith) Sharpton and Joseph Rudolph Sharpton. Sarah graduated high school in Charlotte, North Carolina in 1959 and then moved to Silver City, a beautiful small mining town in southwest New Mexico. She obtained a BA and MA at Western New Mexico University and taught physical science to 4th and 5th grade students. Sarah moved to Mesa, Arizona in 1973 and taught math and science to 7th and 9th grade students. Sarah did graduate work at Oregon State University with a concentration on Science Education and Physical Science, Sonoma State University with a concentration on Geothermal Energy, New Mexico Institute of Mining & Technology, Northern Arizona University with a concentration on Southwestern Archaeology and obtained her MBA from Arizona State University in 1983. She then moved to Albuquerque, New Mexico to work for Sandia National Laboratories. Sarah worked for Sandia for 16 years. During that time, some of the highlights included her work on the Department of Energy - Yucca Mountain Project and being a U.S. consultant to the United Nations International Atomic Energy Agency in Vienna, Austria. After retiring, she continued her love for teaching and taught at Albuquerque Public Schools and Jemez Valley Public Schools until 2004.

Sarah was a private person and had a strong bond with her mother Doris and brother Ken. She enjoyed visiting with family across the country. She was quick witted and funny. Sarah understood the value of being civically engaged, in both political and non-political processes, and generously supported candidates and organizations that were working to make a difference in her communities. She also spent much of her life studying genealogy and was a true historian of her family tree. Sarah was incredibly artistic and creative and her home and garden were reflective of that. Sarah’s home was the hub for all Holiday gatherings. Sarah enjoyed traveling and camping. She was a lover of dogs and rescued many over the years. Over the past few years, she took little Wren and Brisco on many trips and adventures. They loved her dearly.

Sarah is preceded in death by her parents Doris and J.R. and her brother Ken. She will be missed by a large circle of friends and relatives; and the memory of her warmth, quick wit and humor, curiosity of nature, lover of animals will endure.

Her ashes will be placed in the Rose Garden at Vista Verde Cemetery in Rio Rancho, NM on Friday, August 13th at noon.

To order memorial trees or send flowers to the family in memory of Sarah E. Sharpton, please visit our flower store.