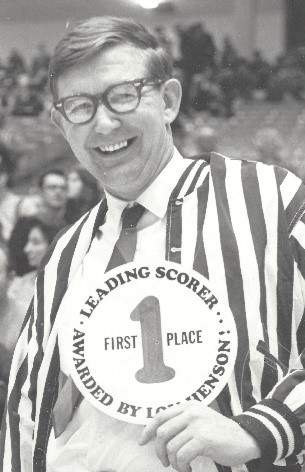 Beloved husband, father and grandfather, Simon (Si) Joseph Gormley Jr, was called to his eternal resting place on October 10, 2021. Born in Albany NY on April 16, 1932, Simon was preceded in death by his parents, Simon Joseph Gormley Sr and Helen Margaret (Haas) Gormley; his wife’s parents Ben and Lela Killgore and his grandchild, Jaime Lynn Gormley. He is survived by his beloved wife, Sylvia; his three children, Cathy, Tim and Shawn; his daughter-in-law’s Joyce and Gloria; his grandchildren Brenna, Molly, Jake, Michael, Lori, Jodi and his great grandchildren Branden, Lexi, Aurora, Belle, Oliver, Kieran, Phoebe and Ricardo. He will be dearly missed by his sister, Katie Read; his brother-in-law David Read; his nephew Peter and nieces, Mary and Karen.

Following his high school graduation in Albany NY, Simon moved to Albuquerque NM in 1953 with his parents and sister where his father, Dr Simon Gormley worked for the Veterans Hospital. Simon Jr enrolled at the University of New Mexico where he met his future wife, Sylvia. In May 1954, Simon entered the US Army serving in Germany during the Korean War. After two years of military service, he returned to New Mexico and completed his education at UNM. Simon and Sylvia were married on August 10, 1957, in Albuquerque and remained happily married for 64 years.

Simon spent his entire professional career in the New Mexico educational system as a teacher and coach beginning at Garfield Middle School, Valley High School and many years as a college administrator at New Mexico Institute of Mining and Technologies. He was well respected by his students, players and colleagues.  All will remember his Irish humor and good nature.

Rosary and funeral services will be held on Thursday, October 21, 2021 at 10:00 AM at Prince of Peace Catholic Church, 12500 Carmel Ave, Albuquerque NM 87112. Simon’s body will be laid to rest with honors at the Santa Fe National Cemetery at a later date. In lieu of flowers, the family is requesting any donations be sent APS Foundation, https://www.aps.edu/education-foundation/giving on behalf of the deceased.

To order memorial trees or send flowers to the family in memory of Simon Joseph Gormley Jr, please visit our flower store.