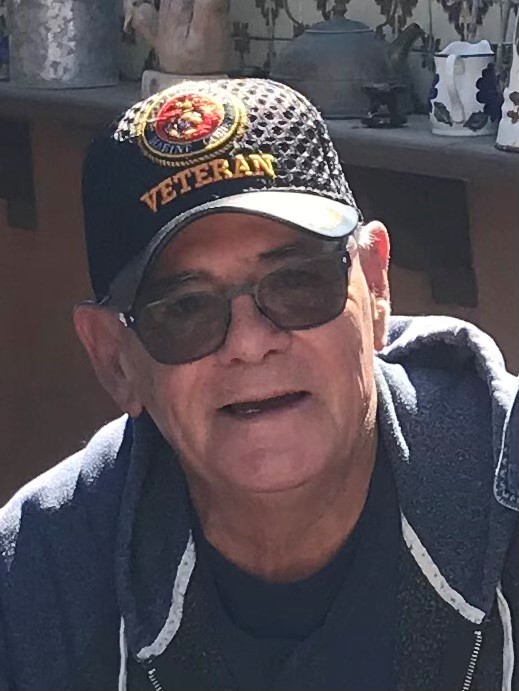 We are deeply saddened to share the passing of Thomas "Chico" Burns on August 25, 2022. His wife, Sarah (Sally), and brother, Michael, were lovingly by his side.

Thomas and his twin brother David were born to Ethel (Bedla) and Robert Burns on Wednesday, April 13, 1949, in Highland Park, Illinois. Tom and his seven siblings spent many carefree childhood years in Libertyville, IL. He began caddying around 12, where he honed his gambling skills and made life-long friends. Upon going to Carmel High School, Tom expanded his friendships throughout Lake County, IL. Shortly after graduating in 1967, he joined the Marine Corps (with bro Pat Johnson) in 1968, and they served in Vietnam. Tom was awarded a National Defense Service Medal, Vietnamese Service Medal, Vietnam Campaign Medal, Purple Heart Medal, and Combat Action Ribbon.

Returning home, Tom met Sally in 1969. They were married on Friday, September 4, 1970. Tom attended college at Northern Illinois University, and in 1973 graduated with a Bachelor’s Degree in Marketing and welcomed his daughter, Kimberly, into the world. Anthony completed their family in 1975. Tom enjoyed coaching, throwing hoops, and playing baseball with his children and their friends.

Tom had an entrepreneurial spirit and put that Marketing Degree to use. He developed three businesses: The Strip Shop (furniture stripping and refinishing); Pegasus Messenger and Trucking (throughout the Chicago area); and Chico Moran’s (Tavern Proprietor). Lots of golf and volleyball came into play during these years.

In 2006, Tom and Sally began a new chapter, retirement in Rio Rancho, New Mexico. Here he made friends while golfing, shooting pool, bowling, cheering on the White Sox, and socializing at the Sandia Bar. Tom became a member of American Legion Post 69, enjoying time with Marine Corps brothers and sisters.

Tom is survived by his wife Sally; their children Kimberly (Michael) Lech; and Anthony (Stephanie) Burns; and their grandchildren Jacob and Emily Burns. He is also survived by his siblings Theresa Storlie, Genevieve Bishop, Joseph Burns, Robert Burns and Michael Burns. Tom was preceded in death by his parents, Robert and Ethel Burns, and by siblings, David Burns and Anthony Burns.

We would like to thank all our friends and family for the love and support you gave Tom during the time you shared in his life. Whether you knew him in childhood or in later years, you meant the world to him. He simply loved life. The kindness you have shown Chico and Sally will be forever in our hearts.

To order memorial trees or send flowers to the family in memory of Thomas Burns, please visit our flower store.