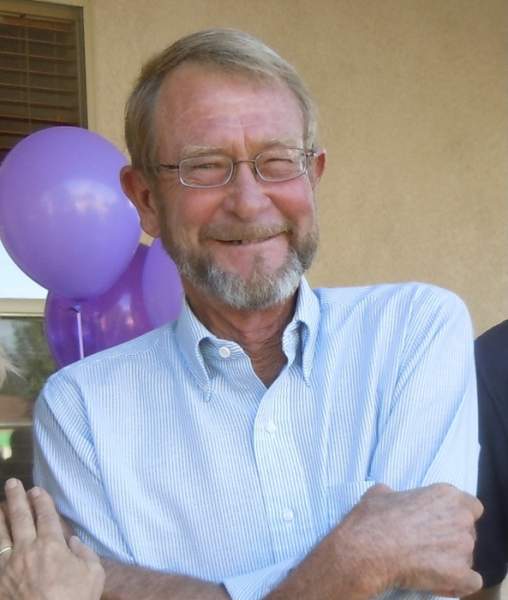 He was at peace and surrounded by family. A self-made astronomer, geologist, beekeeper, programmer, wanderer, historian and sailor, Tom’s brilliant mind equaled his immensely kind heart. He remained curious about new topics and the people around him throughout his life, developing a deep wealth of knowledge and friendships.

Tom was born in Ardmore, OK June 5, 1945 to Bruce and Katherine Nims, the oldest of three brothers. After Tom’s father went missing during the Korean War, the family moved to New Mexico, and Tom’s mother remarried to Don McKinney with the family growing to include two more siblings. Tom graduated from Carlsbad High School in 1963, always faster with a slide rule than on the basketball court. He subsequently attended NMSU where he met and married Kathy O’Hara in 1968. Eventually settling in Albuquerque, NM, they had three sons, Matthew, Joshua, and Gabriel Nims.

Tom was an early programming whiz and first cut his teeth with computer applications for missile testing on Kwajalein Atoll, Marshall Islands and later with IBM in Boulder, Colorado. With the surprise news of expecting twins, Tom entered into a more stable banking career back in New Mexico. The allure of programming never faded and Tom soon set off with a partner to form Microsys, a company focused on custom programming for financial and business applications, and later his own company: Thomas K. Nims & Associates, which continued providing business software support to loyal clients and friends. His encore careers were numerous: sailboat captain, beekeeper, millwright’s apprentice and mead and honey farmer, but his work as the proprietor of La Entrada Farms will always hold a special place in all of our hearts.

In 1977 Tom built a passive solar home in Corrales, NM. An active community member, he helped construct the Corrales Public Library and coached the boys’ youth soccer teams. Divorced in 1980, he later came to share his home with Antoinette (Toni) DiGregorio whom he married in 1986. Together they enjoyed sailing and were founding members of the Boat Owners of Cochiti Lake Association, which included adventures in Mexico and the Caribbean. Many recall the early morning Balloon Fiesta parties they hosted each year. Tom suffered the passing of his second wife in 2004. A true polymath, but never aloof, Tom’s candor and humor, unique culinary choices, penchant for the lightest and cheapest lagers, staunch frugality, and especially his hearty, room-brightening laugh endeared him to us all. His Corrales home remained a place where one could find spectacular views, an upcycled boatyard, old Volkswagen bugs, rock art, wildlife, and an extraordinary, accepting host (who would occasionally ask you to crush a few cans with your car as you backed out the drive to leave). This beloved brother, father, grandpa, friend, neighbor, boat captain, tinkerer, sage and card shark is deeply missed. His ashes will be laid to rest in Vista Verde Cemetery next to his late wife Toni. He is mourned by his younger twin brothers and their families; Ronald (‘Ronny’) and Cheryl Nims of Dallas, TX and Donald (‘Donny’) and Cherry Nims of Houston, TX. He was preceded in death by his step-siblings, Scotty and Tish McKinney, and his mother, father and step father. He is survived by his mother-in-law Eliane DiGregorio of Gallup, NM, Toni’s daughter, Patricia (‘Tricia’) Murphy of Albuquerque, and Tricia’s son Bruce Murphy-Rehn. Tom leaves behind 3 sons and daughters in-law, and 7 grandchildren: Matt and Mazie (Barcus) Nims of Reston, VA (Webb, Zea, Jem), Josh and Esther (Brown) Nims of Boulder, CO (Luke, Tessa), and Gabriel and Amy Nims (Mason, Sophie) of Albuquerque, NM. They miss him dearly and will work to continue his legacy.

Even as Tom’s illnesses progressed, he never lost his love of learning. In lieu of flowers, please consider a donation in his name to Oasis Learning Center (Albuquerque.oasisnet.org), whose classes he enjoyed until his last days.

To order memorial trees or send flowers to the family in memory of Thomas Kelly Nims, please visit our flower store.