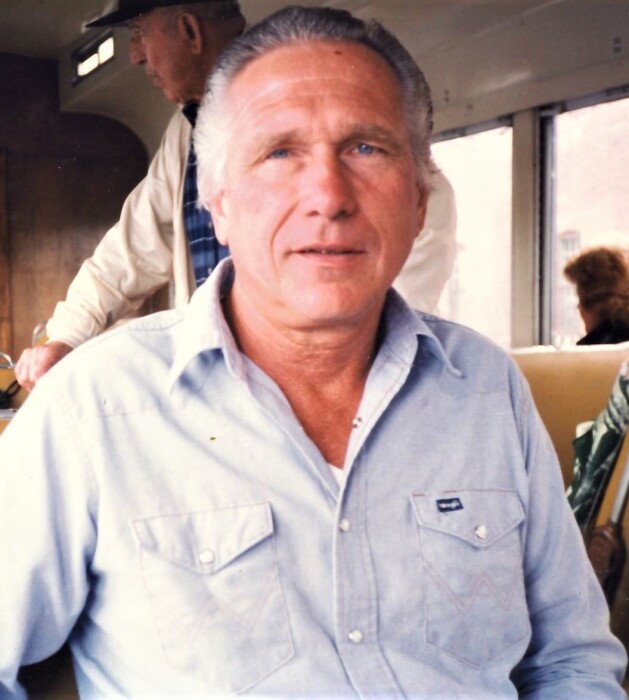 Thomas L. Wilson, 80, of Bernalillo NM, passed away on Monday, September 6, 2021. He passed peacefully after an extended hospital stay.

Tom was born in Indianapolis, Indiana on December 12th, 1940 to Virgil Wilson and Beulah Boonshot and moved to Albuquerque following his father’s work. Tom attended Highland High and trade school to become a radio technician. He was a true jack of all trades working at a local TV station, as a Deputy Sheriff, was in the NM National Guard, worked in landscaping and at Coronado Center as their long time Maintenance Supervisor. Along the way he achieved his Contractor’s License became a Master Gardener, volunteered at the Sandoval County Historical Society and at the New Mexico Steam Locomotive and Railroad Historical Society where they are restoring Ol’ 2926, the engine that sat in Coronado Park for so many years.

Stream engines were his true life’s hobby. Tom would spend endless hours talking about specific engines and the history behind them no matter where in the county they ran. Almost weekly trips to Chama, to photograph the Cumbers & Toltec, then over the mountain to Durango and a train ride to Silverton. Tom even attended engineer’s school in Chama and fulfilled a lifelong dream of driving a steam engine.

The great passion in his life was Charlotte. He and she built a life together in Albuquerque and after retirement they moved to their “dream” adobe home in Bernalillo. From there they became world travelers, cruising South America and the Baltic, the Alaskan inside passage, and many trips to Cancun and around the states. His beloved wife preceded him in death in 2016, only one month after they tragically lost their son, James. A short two months later he also lost his brother John.

Tom is survived by his sister Mary Beth Shrewder and her son David who reside in Oregon.  His daughters, Jeannie Saunders and Vicki Brittain, four grandchildren, Dean and Colin Saunders, and Samantha and Erika Brittain, and two great grandsons, Gabriel and Lucas Saunders.

Memorial services will be held at 10:00 AM on Friday, September 17th, 2021, at Daniels Funeral Services, Wyoming Chapel. Reception to follow.

Tom will be memorialized at Sunset Memorial Cemetery along with Charlotte and James.

To order memorial trees or send flowers to the family in memory of Thomas L Wilson, please visit our flower store.