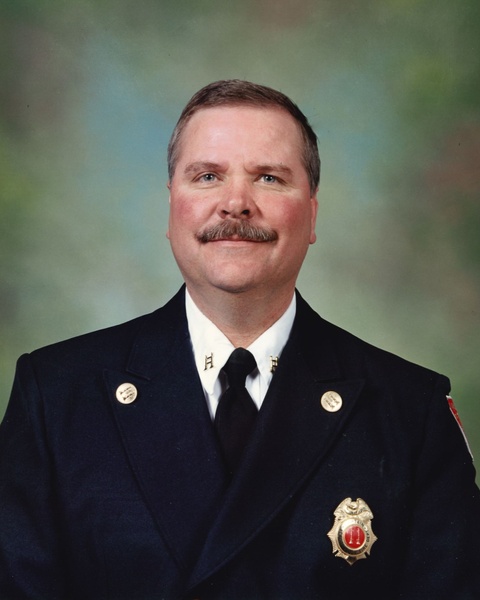 He is preceded in death by his parents, Johnnie and Paula Tucker and his wife Laura Crawford-Tucker. He is survived by his children Matthew (Preston, Zoey, Autumn) , Jessica and Jacob (Bailey, Jace and Eli), Jamie and Patrick (Brooke, Bryce and Patrick Jr) , Jodi and Saul (Angelina and Amber), and his dog Pepper who was his loyal companion for several years.

He graduated from Rio Grande High school in 1975 and attended New Mexico Tech graduating with a Bachelors of Science degree in geology. He served in the United States Army Reserves and then joined the Albuquerque Fire Academy. He served in the fire department as a fire fighter/paramedic, EMT instructor, and finally as the Fire Captain before retiring in 2006. He was greatly admired by his students and colleagues alike.

He will be forever imprinted on the hearts of everyone that knew him.

We have so much gratitude for the ICU staff at Lovelace Downtown,  Legacy Hospice and the staff at Beehive Homes. Also for Daniel's Funeral Services, the Retiree Association and the Albuquerque Fire Department for their support and assistance.

To order memorial trees or send flowers to the family in memory of Tom Howard Tucker, please visit our flower store.