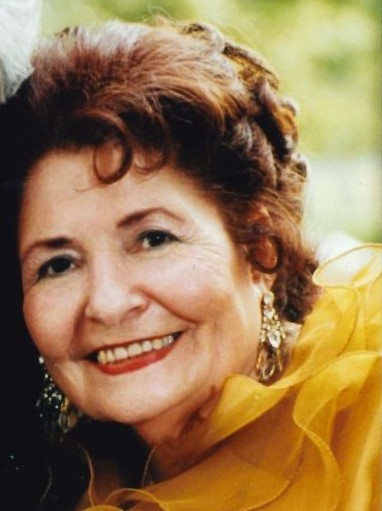 Violet Bernadine Gayet passed away at the age of 94 on July 13th, 2021. Born on April 13th, 1927, to Leopoldo Gonzales, and Mary Benavidez Gonzales Basquez, she is survived by her sister, Sarah DeLorenzo, Sisters in Law, Mae Gonzales, and Catherine Ferrari, as well as her daughter, Fran Kirk, and Grandsons, Clay Gayet, and Ian Kirk.

Bernadine graduated from Branson Highschool in 1945, before attending Barron’s School of Commerce. She was awarded three scholarships due to her academic success. She also belonged to several organizations throughout her lifetime, such as: The Business Professional Women’s Association, the Beta Sigma Phi, the Secretary Association, and National Educational Secretary Association. Later in life she joined the Daughters of the Nile, having served as Queen of the Yucca Temple (#74) from 1994 – 1995. She also served as the Charitable Giving Chairwoman for many years. Bernadine Gayet used her education while she worked for APS as Supervisor of Control Center Operations. She retired in 1984 after a full career.

Bernadine was put in our lives for a special reason, she shaped and influenced us in big and small ways.

To order memorial trees or send flowers to the family in memory of V. Bernadine Gayet, please visit our flower store.

Our Lady of Fatima

Our Lady of Fatima