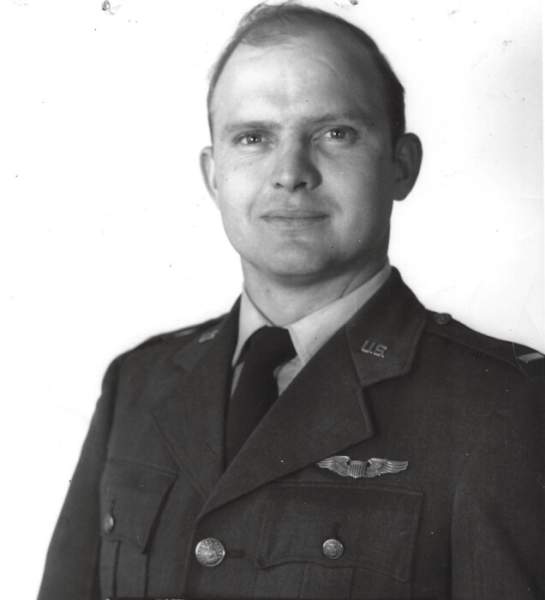 Lt Col William (Bill) Demint (USAF, retired) passed away peacefully on Tues, 12 July 2022 at 92 years of age.  He is survived by his beloved wife of 70 years Val, his children William, Debra, Sharon, and Ann, and his grandchildren David and Kayla.  He shared an avid love of golf with Val, even though she would usually beat him by a few strokes.  He earned both bachelor of science and master’s degrees in industrial engineering at Oklahoma State University.

He was commissioned a 2Lt in the U.S. Air Force and married Val on the same day in 1952 after attending pilot training in Texas and Florida.  During his 20-year career, he was stationed at 7 stateside locations and Korea (remote), Japan, and Philippines, with his wife and children faithfully and patiently accompanying him every where except Korea.  As a fighter pilot in the Korean War, he flew 100 combat missions.  He also served on several (classified) missions in the Vietnam War.  He was awarded the Distinguished Flying Cross in 1953 for both heroism and extraordinary achievement while participating in an aerial flight, being directly responsible for saving thousands of American Army soldiers under imminent threat of being overrun by Chinese troops.  As a valor decoration, the Distinguished Flying Cross ranks fourth in order of precedence.  He was also awarded the Air Medal 4 times and National Defense Service Medal twice, as well as several other medals.

Following retirement from the Air Force in 1971, Lt Col Demint became an instructor in the Air Force Junior Reserve Officer Training Corps (JROTC), first in Anniston, Alabama and then in Little Rock, Arkansas.  As the JROTC instructor at Central High School in Little Rock for 20 years, he was well-known for mentoring and caring for all his students.  Some of his students returned to visit him years after graduating.

Although he is at rest with God, he will be deeply missed here on Earth.

A internment will be held on Wednesday, July 20, 2022 at Santa Fe National Cemetery from 2:00pm. Following the internment, a memorial service will be held at Daniels Family Funeral Service Wyoming Chapel on Friday, July 22, 2022 from 10:00am.

In lieu of flowers, please provide donations in his name to the Veterans of Foreign Wars, the Tunnel to Towers Foundation, or other charities that help veterans.

To order memorial trees or send flowers to the family in memory of William "Bill" Demint, please visit our flower store.