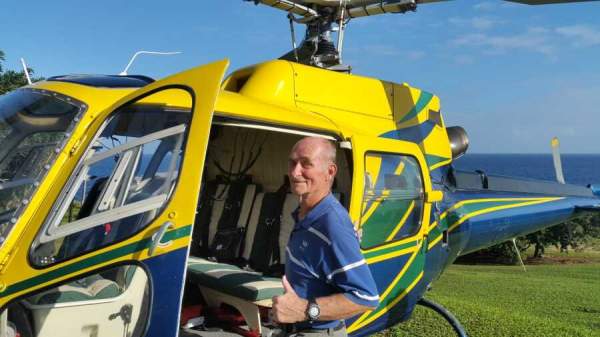 William Wade Larson, 78, peacefully entered into Heaven on September 21, 2021. Bill, as everyone called him, was born February 25, 1943 to Pete H. and Lois I. (Lyon) Larson. He was the youngest of seven children. His father passed away when he was young and his mother moved the family from Parsons to Kansas City, Kansas. Bill graduated from Rosedale High School. He later moved to Albuquerque, NM where he met and married Alice (Romero) Larson, and they had two daughters. Bill joined the Air Force and served in the Vietnam War at Da Nang Air Force Base in Vietnam. He attended the University of New Mexico and studied architecture.

He was a jack-of-all trades and had many careers. He began his career as a draftsman for an architecture firm in Albuquerque, then Farmington, NM and ended it as a bus driver for the “Jo”, Johnson County Transit, where his favorite runs were taking his nephew Kevin to his day program and driving the bus to Chiefs games.

Bill was a was a God-fearing man and believed strongly in the Gospel of Jesus Christ. He was always available to help others and volunteered his services with a smile. He served as a deacon and usher in the churches he belonged to. He loved volunteering at the food pantry at Our Savior Lutheran church and was there for his best friend Johnnie as he helped save his life in a workplace accident.

Bill loved sports and played football, basketball, track and baseball in high school. He walked on at Kansas State University his Freshman year in football and made the team as a defensive end. He coached little league baseball in Farmington and coached the girls’ t-ball and basketball teams. Later in life he also enjoyed golf and playing softball and volleyball in leagues with his nieces and nephews. Of course, his favorite teams were the Royals and Chiefs.

Bill loved the outdoors and enjoyed fishing and hunting, especially with Richard and the boys at “The Farm”.  Bill also enjoyed travel and seeing the wonders of God’s creation. In the Pacific Northwest with Corneil and Rich, at Albuquerque for the Balloon Fiesta, or the many road trips he went on, he loved traveling.

As the time came in which he needed extra help, he chose to move with his daughter, Caroline who lived on a tropical island! Mr. Bill spent his last 6 years as an ex-pat retiree living the Island Life on Roatan, Honduras. He was loved and spoiled by all who knew him.  He refined his Reggaeton dance moves on the beach at Little French Kay, while enjoying a cold Port Royal!

He is survived by his brother Richard L. Larson, his sister-in-law Darlene Larson (Robert), his daughters Corneil Vacirca and her husband Richard, Caroline Larson-Arch and her husband Leonardo and their children Jimmy, Kelab and Kahya, the girls’ mother Alice Larson, his sister-in-law and dear friend Eleanor Ciccone, his goddaughter Bethany Heller, his best friend Johnnie Lay, his adopted “grandson” Halan Padilla, his loving caregivers Tresy Dilbert and Estela Melendez, and many more family members both Larson and Romero, who he loved so very much.

To order memorial trees or send flowers to the family in memory of William Wade Larson, please visit our flower store.