Plant a tree in memory of Basia
An environmentally-friendly option 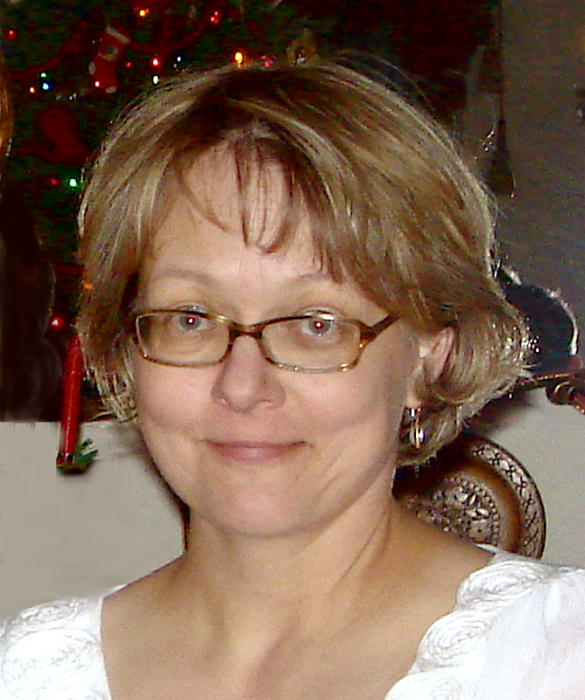 Born in Newark, New Jersey, Basia was the youngest of 2 children.  Her parents, Edward and Irene were immigrants from war-torn Poland.  She lived in Irvington, NJ until she was 12 years, where she attended Sacred Heart School.  Her family moved to Cranford, NJ in 1974, where she attended Hillside Avenue Middle School and Cranford High School.  She graduated in 1980.

Basia embarked on a 6 year whirlwind college experience, including stints at Vanderbilt University (Nashville, TN), Jagellonian University (Krakow, Poland) and The Sorbonne (Paris, France).  Ultimately, she cooled her jets and graduated from Rutgers University (New Brunswick, NJ) in May, 1986 with a BA degree in History.  She attained Dean’s List status for the majority of her time at university.

Following graduation, Basia was involved in film distribution/promotion in New Brunswick as well as New York City.  She pivoted radically and spent the next 2 years on staff at an ashram (a hermitage, monastic community, or other place of religious retreat) in Lenox, Massachusetts know as the Kripalu Center for Yoga and Health.

In 1989, Basia picked up and headed west, landing in the Republic of Boulder, Colorado.  There, she obtained a Certificate in Massage Therapy from the Boulder School of Massage Therapy in 1990.  After a year working as a massage therapist, Basia continued her journey west, landing in Encinitas, California. She worked as a Research Assistant at the La Jolla Cancer Research Foundation and the University of California San Diego Medical Center.  During this time, she also applied to various medical schools, ultimately being accepted to the Yale University School of Medicine (or as she would later say “a small school in Connecticut”).

She graduated from Yale University with her Doctor of Medicine degree in May of 1997.  Given her fair complexion, it made little sense that she chose the University of New Mexico for her residency in emergency medicine, which she completed in 2000.  She worked as an emergency room physician with Presbyterian Healthcare Services for the next 20 years – providing impeccable and compassionate care to every patient she encountered.  She was certified by the American Board of Emergency Medicine.

In October, 2003, she met the love of her life, Vince Hinman.  They married in March, 2006 and lived a joyous and full life in Corrales, NM.  Basia took on the role of stepmother to Vince’s 2 boys, Tyler and Josh with enthusiasm and dedication, including meticulously planned vacations.  Basia was the consummate people person.  During any encounter, she would always put someone at ease with her gentle, but persistent questioning.  She recently listed her interests as “hiking, yoga, theatre, film and making peace with runaway technology.”

Basia is survived by her husband, Vince, stepsons Tyler and Josh, brother Ed and his wife, Libby and nephew Zach and his wife Sofie.  She’s also survived by all persons she encountered during her life and who were touched by her kind soul.

No funeral or services are currently planned due to Covid-19 concerns.  Just like her mother, Basia was a lifelong frugalist. In lieu of flowers, please send any donations to the Corrales Community Library at https://www.corraleslibrary.org/donate.

Plant a tree in memory of Basia by clicking here.
To send flowers to Basia's family, please visit our floral store.

A service summary is not available

Plant a tree in memory of Basia
An environmentally-friendly option

Plant a tree in memory of Basia

8 trees planted in memory of Basia

There are 2 photos available in the gallery

To Vince, your families and all the people whose lives were affected by Basia (of which there are sooo many I know,) I want to express my deepest sympathy.  My life was inalterably touched by Basia when I met her last October.  We were both taking an online class with people from all over including internally.  We were the only two in the Albuquerque area which gave us an immediate bond.  We got to know each other over walks with our dogs through the beautiful Corrales area.  I will cherish our conversations and the insights I gleaned from her.  She was such an incredible example of one who loves her family, friends and community unconditionally.  I wish you all peace as you process your profound loss.

I am so sorry for your loss.  I had just started classes with Basia with FMCA.  I was looking so forward to learning from her vast experiences.  My prayers are with all who are left without her.

Basia, my dear friend, we had many fantastic adventures that I am so grateful for. The road trips, hikes, concerts and conversations will always be treasured. I am at a loss; you are irreplaceable. XO

Basia, you and Vince are LOVED and we know will see you again. We will do our best to look after Vice and BETTY....we KNOW you are in a better place but are SO SORRY you had to leave us too soon...PEACE be with you, GF!

A Memorial Tree was ordered in memory of Basia Holub by Susan & Stuart Hartman .  Plant a Tree

Plant a tree in memory of Basia